Continuing the theme of finer details on subchasers in WWI, here is a slice-of-life primary source document.

In early March, 1918, a convoy of U.S. submarine chasers had reached Bermuda, and would remain there for a while before continuing to the Azores and then to the subchaser base at Corfu, Greece.

The presence of 11 subchasers, each with a crew of 20 to 25, plus the larger ships in the convoy, presented some logistical challenges. Among them: how not to overrun the city of Hamilton with U.S. sailors. Orders were issued for alternating leave days for visits to Hamilton, and an overall limit of liberty for no more than 1/3 of the crew each day.

Note the last item: "A Submarine Chaser will leave daily for Hamilton at 4:45 P.M. returning at 6:00 A.M." So much for late breakfast in the city. 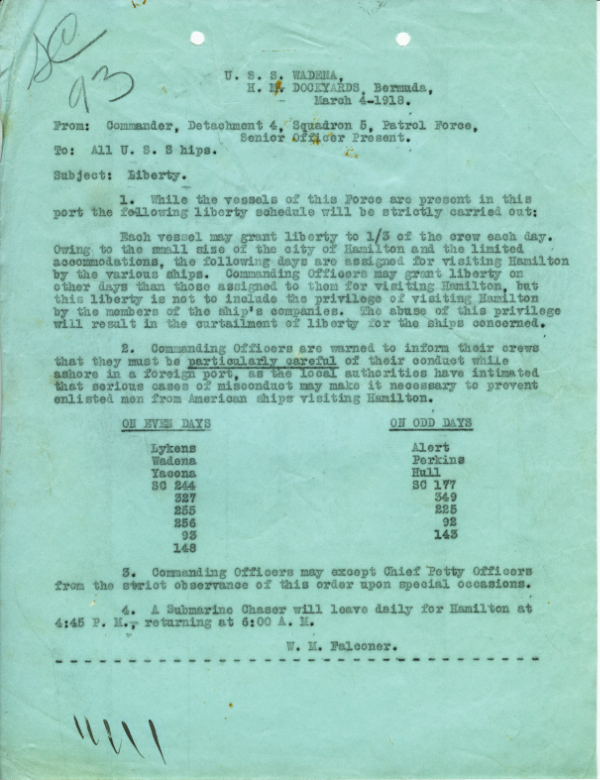 Added this month to the Chaser Models section: