On scouting line as before, course 271 magnetic.
At 11:30 am boarded bark Indian Girl, of Tonsberg, (Norwegian), bound from Buenos Aires for New York, cargo linseed. Allowed to proceed.
At 3:40 pm boarded bark Bella Vista, of Lisbon (Portugese), bound from Accra, West Africa for New York, cargo cocoa. Proceeded.
At 5:40 pm boarded bark Alexandra, of Sandefiord (Norwegian), bound from Newport News, VA, for Rio Janeiro, cargo coal. Proceeded.
During listening period at 9:45 pm first L-group picked up suspicious sound and gave chase to southeastward. At same time first group picked up another sound and also gave chase. Sure it was submarine. About midnight all chasing groups were ordered back into formation on account of shortage of fuel and distance to the Capes. All indications pointed to the conclusion that the M-group was on the trail of a submarine, as they were able to get definite three boat __ and the submarine was evidently zig-zagging to avoid the chasers. The rest of the force remained stopped during this chase in order to not interfere with the chasing group.

* See Appendix IV, Hunters of the Steel Sharks: The Submarine Chasers of WWI, starting on page 192. 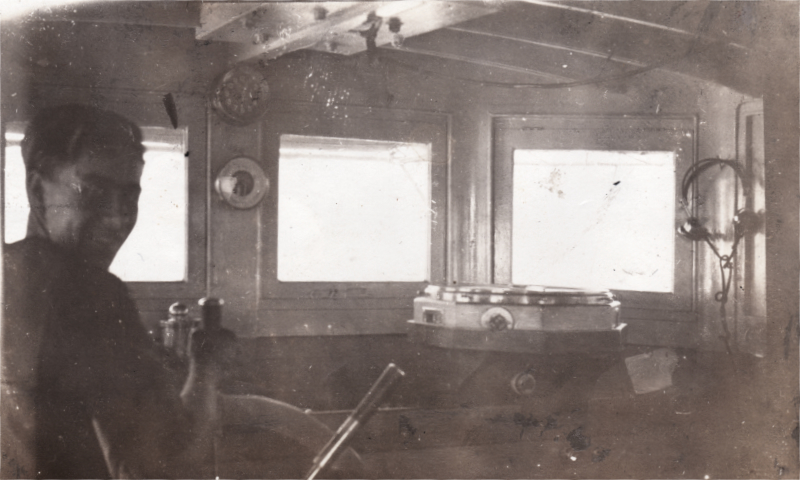 And, as we approach 11 November, a few links of interest: