Sometimes I receive inquiries about subchaser deck logs as sources of information on a particular officer or crewman, or about a particular chaser or event. The short answer is that deck logs can be useful, but it's catch-as-catch-can. There is a pretty good collection of deck log books in the National Archives in D.C., but they are mostly from chasers that served overseas, many are missing, and often only part of the wartime period is covered (because not all the books are there).

If you want to check on a particular chaser, there is a listing, "Logbooks of U.S. Navy Ships, Stations, and Units" that is a good starting point. Some years back, Dan Treadwell sent me the list for WWI chasers. Get in touch if you want me to send it to you. But be aware that even if a book is listed, you might not find it. The WWI collections in the National Archives are not exactly ... exact. It's kind of like the last scene in Raiders, or maybe like From the Mixed up files of Mrs. Basil E. Frankweiler: Maybe what you want is where it should be, and maybe nobody will ever find it.

The typical WWI subchaser log book will contain one or more crew lists (but not ongoing, regular crew lists), and daily notes. Don't expect the notes to be especially exciting for the most part. Even in the case of daily entries during a pursuit or attack, you won't see the colorful accounts that show up in the newspapers. The log books tend to stick to the basics: time, location, bearing, and so on.

As an example, here is a page from an SC 92 log book from 27 June, 1918, describing a pursuit and attack. This is about as exciting as the log books get. That said, it's an excellent primary source. As a general rule, I take newspaper accounts of incidents like this with a grain of salt. But combined with War Diary entries and attack reports, deck log books can be an excellent resource in building a reliable account. 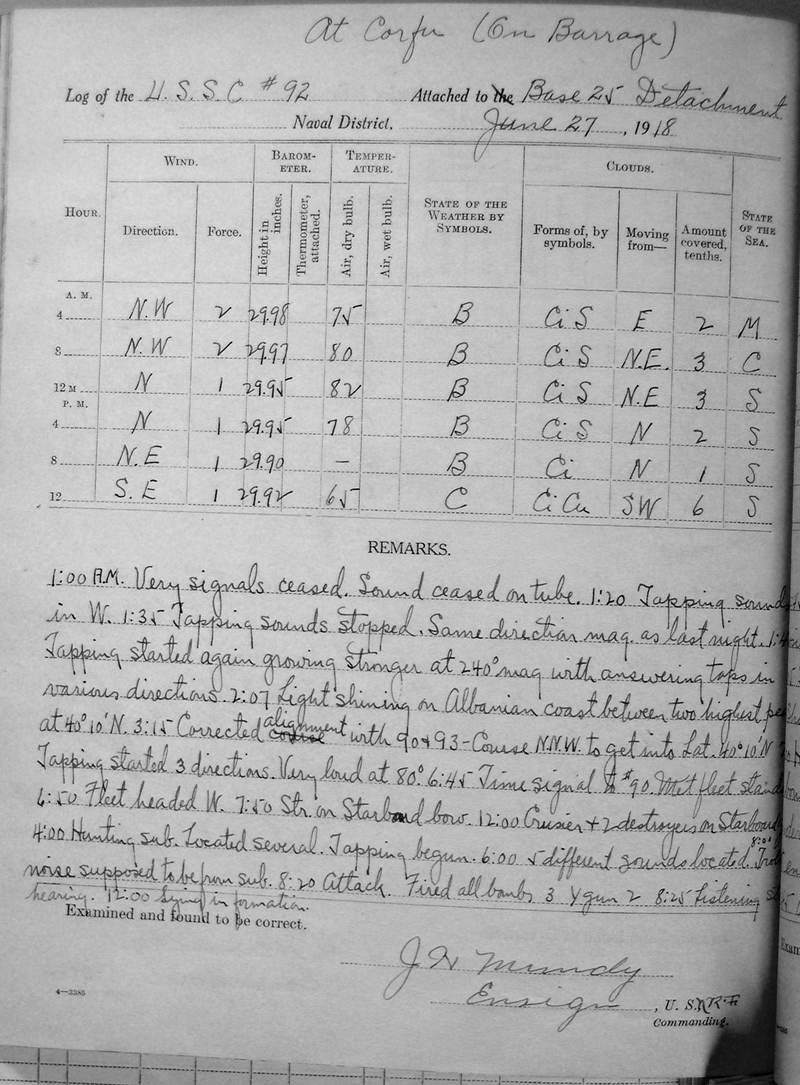