Continuing this month with the 2020 theme of accounts of chaser units overseas:

A total of 66 U.S. submarine chasers were assigned to Base 27, Plymouth, England. Submarine chaser SC 177 was the unit leader of Unit 1, earlier designated Group 13.
SC 177 had a curious history. The boat initially designated SC 177 was built at Matthews Boat in Port Clinton, Ohio. In November, 1917 it was delivered to New York. A second chaser, initially designated SC 405, was built at Rocky River Drydock in Rocky River, Ohio, and was sold to France. However, SC 405 was damaged during trial runs, and so the two hulls were exchanged: SC 177 was delivered to France, and SC 405 was sent to Charleston to be re-designated as a USN vessel; and was then assigned to overseas duty under the command of Lt. (j.g.) George D. Atwood.
SC 143 is notable as the chaser under the command of Ens. Alexander W. Moffat, who captured stories of his time on the chaser in his book, Maverick Navy (Wesleyan University Press, Middlewown, Conn. 1976). He offers a great illustration of what it was like to be a chaser CO with little naval experience, and to be sent across the Atlantic Ocean in a 110' wooden boat. (See my comparison of his account to that of Ens. Dole on SC 93*.)
SC 148, built at L.E. Fry & Co. in Clayton, NY, was under the command of Ens. John P. Morse. SC 148 and SC 177 served as wing boats in Unit 1.
The unit engaged in a couple of notable chases, one on 30 May, 1918 and another on 27 October. Neither resulted in a kill, but the reports of the first chase give a good sense of the early, improvisational hunt tactics, the chasers following the sound and dropping depth charges here and there along the way. Later the official tactic would solidify into a tighter plan, in which a pre-planned pattern of depth charges would be dropped on the detected location—but in fact in many of the later chases including the one on 27 October, there was still a lot of variation in how the attacks were waged.
* See: Hunters of the Steel Sharks: The Submarine Chasers of WWI, pp. 92-93 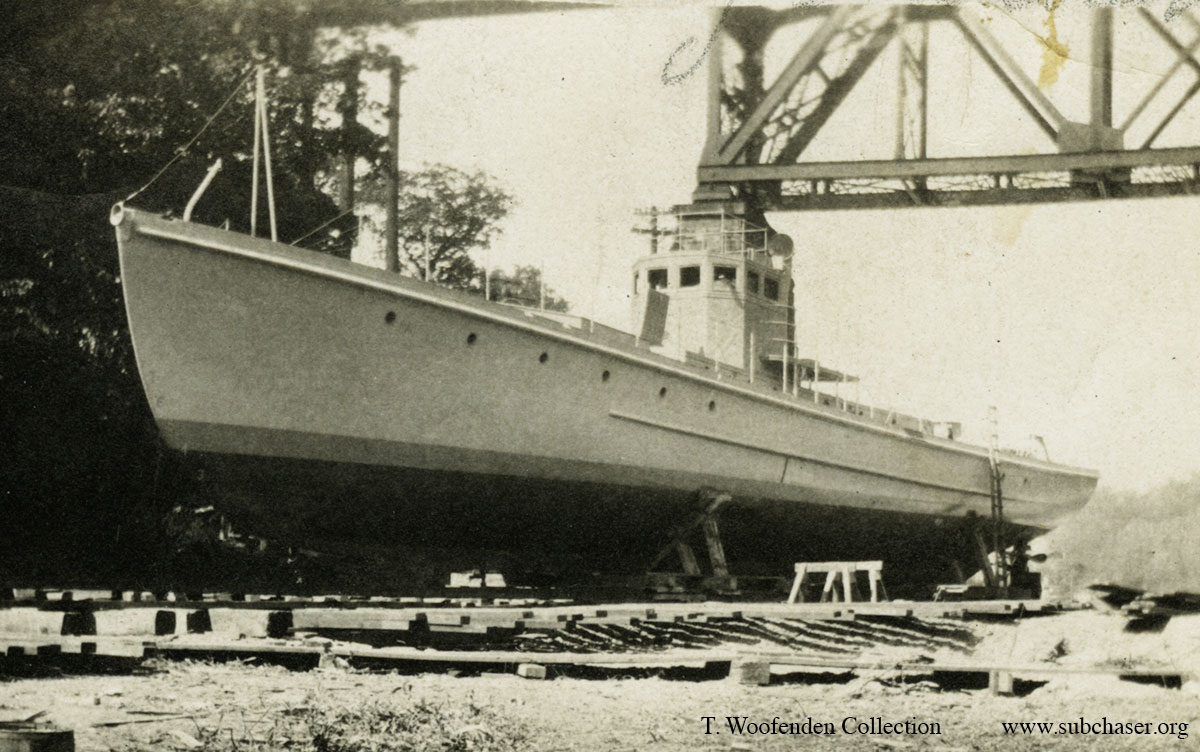 Photo: A chaser under construction at Rocky River Dry Dock. See also the newly added photo of ship workers taking one of the chasers they had built on a trial run.
—Todd Woofenden, Editor