I often receive questions about the listening devices used on submarine chasers in WWI. Of the various listening devices on chasers, the C Tube hydrophone, produced by Submarine Signal Company, is probably the most mentioned. 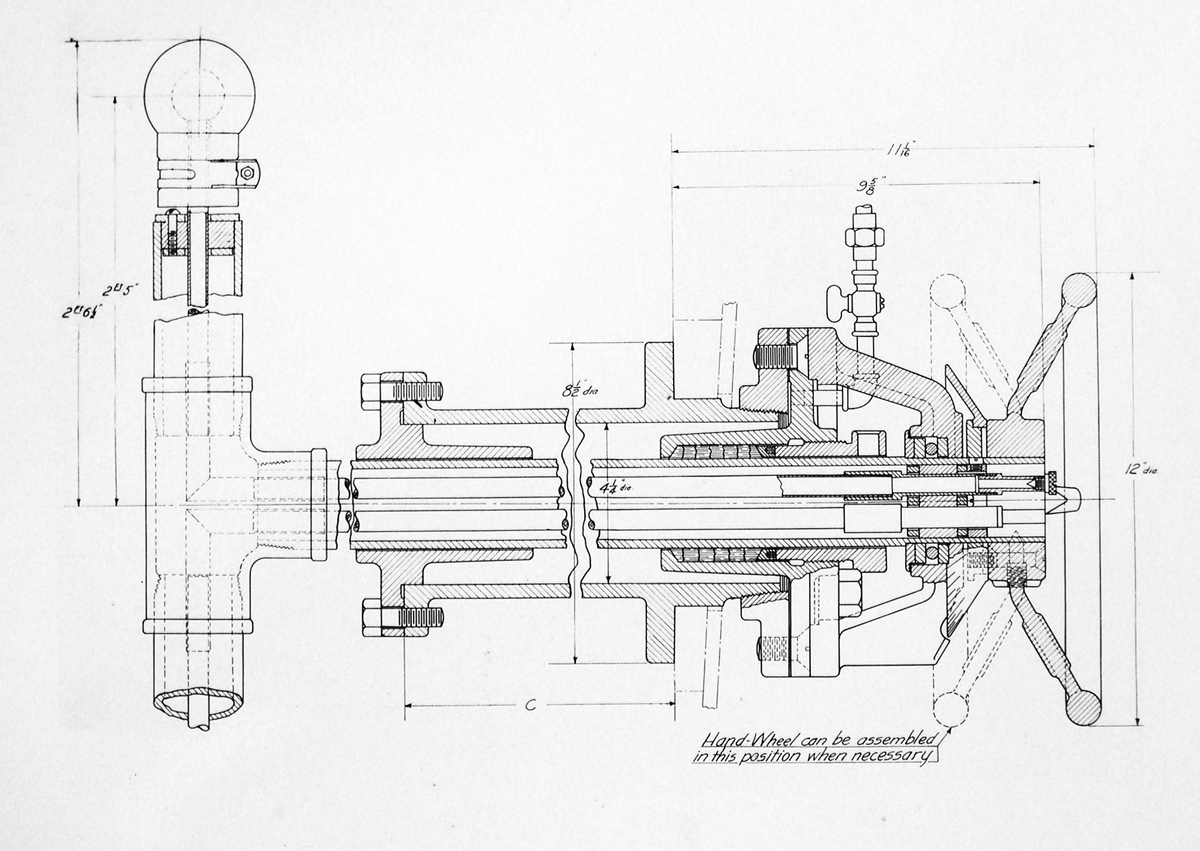 A folio in the collection of the Raytheon Corporation describes the type used on chasers, shown in this illustration, as follows:

"S.C.C-Tube
Submarine Chaser "Through the Hull" Type
Devised and Produced: September 1917
Application and Range:
This S.C.C-Tube is the "through the hull" type for surface craft with wooden or steel hulls. It has been used on all of the 110 ft. chasers equipped to date; also being applied to a large number of British trawlers engaged in anti-submarine work. The range and method of use are the same as with the overboard C-Tube but there are several points of superiority as follows: Observer is shielded from the wind, observation made before ship comes to a dead stop, requires one man as against two with the overboard C-Tube, average time from stopping bell including time to take reading, approximately 60 seconds. Accuracy of angle generally closer than 5 degrees."

The Listener, stationed in the magazine (which was called the "Listening Room" in the context of hunting submarines) would lower the device, and listen through a headset similar to a stethoscope, except that the sound from one side was directed to one ear, and the sound from the other directed to the other ear. Turning the device and hearing the different volume from each end allowed the Listener to determine the direction of the sound.

See a rare photo of the C-Tube apparatus in the Listening Room of SC 254 here.

Best wishes for a fine summer,