While the 110-foot U.S. submarine chasers were known as uncomfortable yet seaworthy vessels, the weather often was a central factor in hunts. On 11 July, 1918, Unit 12, comprised of unit leader SC 39 and wing boats SC 252 and SC 262, made sound contact with an enemy submarine, about five miles southeast of Eddystone Light. The War Diary indicates, "Weather was very bad and hearing consequently very difficult."

The unit pursued in line abreast formation, and dropped depth charges, but continued to hear the submarine. Later a lookout in the crow's nest of SC 39 reported sighting a periscope, but the weather made it impossible to plot bearings to locate the sub. Several more times—across an overall timeframe of more than 24 hours and a run of nearly 100 miles—sound contact was made and charges dropped, before the chase was abandoned at a point about 15 miles from spot of the initial hearing. 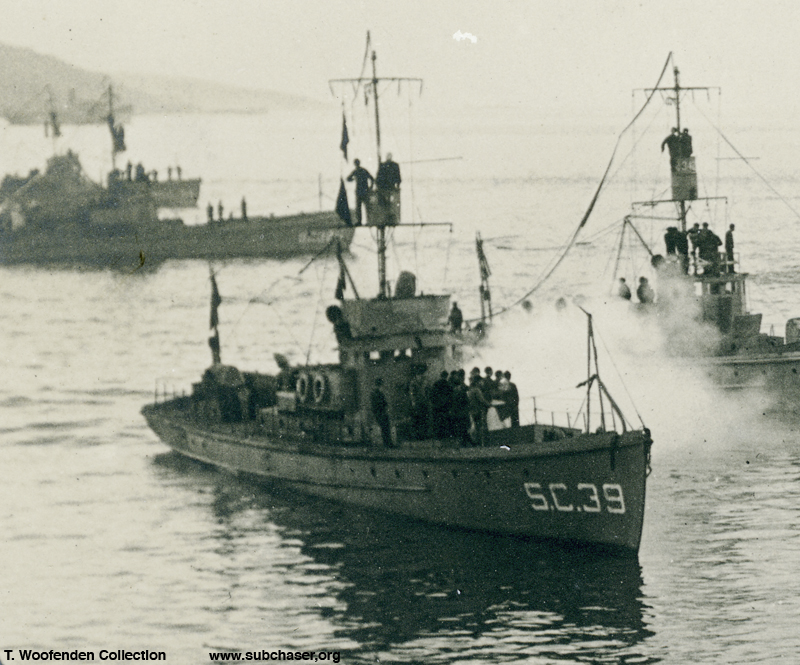 While this is another case of a chase ending without a confirmed kill, it's a good example of hampering the progress of enemy submarines. One of the more interesting documents on the incident is a citation presented to Seaman Arthur S. Eddy, of SC 39 (copied from Circular Letter 74), which reads in part:

"The Force Commander noted with pleasure the contact with the enemy submarine made by the Plymouth chasers on the night of July 11th-12th. At this time almost all patrol vessels with the exception of the chasers had left their stations due to bad weather. The action of the chasers in maintaining their stations and vigilance under these circumstances is very commendable."