In early 1918, as U.S. submarine chaser crews were training to hunt enemy submarines, part of the preparations involved planning the voyage. The chasers would cross the Atlantic Ocean under their own power, accompanied by larger vessels, and possibly the most important thing was to stay in formation.

As noted in the last issue, this sometimes involved painting characters on the hull of each chaser to show its designated location in the convoy. But it was also important to plan what to do, if a chaser should drop out of formation for some reason.

A memorandum on the planned run from New London to Bermuda, from Commander, Detachment 4, Squadron 5, Patrol Force, dated 20 February, 1918, reads in part:

"Every effort will be made to maintain formation and to keep closed up. Should any chaser, at any time, find it necessary to immediately fall out of formation or to slow for any length of time, she shall immediately report this fact not only to her division commander, but to the senior officer present on board the WADENA, either by wireless telephone, with which it is hoped to equip the WADENA, or by radio or visual signal. Should any chaser find herself in such a position that there is the remotest possibility of losing sight of the convoy due to darkness, fog, rain, or other cause, she shall make every effort to attract the attention of any vessel and report her condition. This is of the utmost importance."

The memo goes on to discuss running lights:

" In the interests of keeping together, running lights and white stern lights shall be used at night, unless signals are made to the contrary, when, should it become necessary to darken the ship, a blue stern light only shall be carried."

Further instructions are given on being ready to signal the location of the chaser at any time (latitude and longitude), and strategies for getting back on course, if a chaser were to become separated. The overarching concern appears to have been to avoid losing chasers along the way—not an unreasonable concern for a new type of small vessel carrying newly minted officers and green crews. 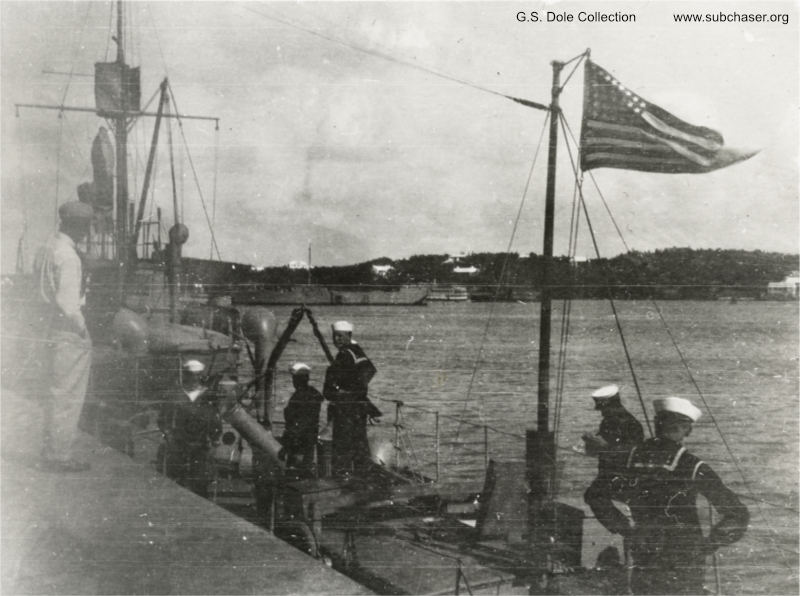 And as it turned out, for this particular convoy at least, this extra care may have saved lives. The passage to Bermuda (see Chapter 3 of my book) was an exciting one, complete with a winter storm that would overcome all attempts to keep the convoy together, and give the new chaser crews an experience to remember.