The next in the 2020 theme of accounts of chaser units overseas:

In August, 1918, ten units of U.S. submarine chasers were reassigned from Plymouth, Enland to Base 6, Queenstown (Cobh), Ireland, under the command of Capt. A. J. Hepburn. This distributed the overseas chasers more or less evenly across three bases, Plymouth, Corfu, and Queenstown.

The barracks at Base 6. 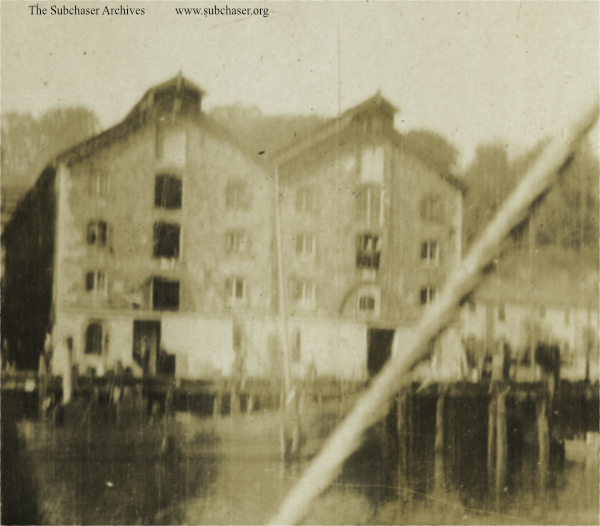 Unit 17, comprised of SC 271, SC 164, and SC 356, continued to perform antisubmarine duties, and performed submarine pursuits on 25 September and 30 September. In the first event sound contact was made, and the unit pursued. Sound contact was gained and lost several times, and lost entirely early the next morning.

The second is more interesting, as visual contact was made of a submarine sumberging eight miles southwest of Tuskar Rock. The unit gave chase, but lost contact.

While actual sightings of U-boats were much more rare among the subchaser crews than sound detections, these two pursuits are examples of the typical case: a detection and a chase, resulting in hampering the passage of U-boats even if the outcome was not a confirmed kill. In the end, the U.S. submarine chasers and the other ASW craft were credited with significant reductions in destruction of lives and shipping by the U-boats. 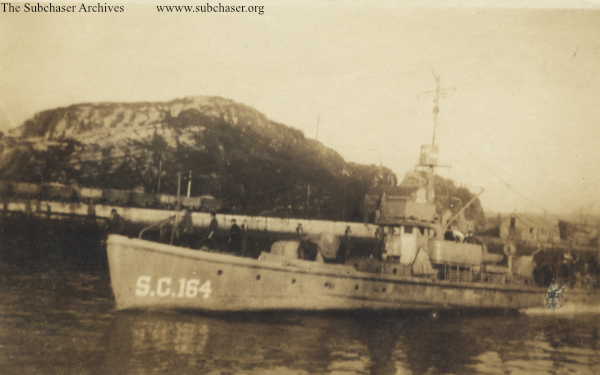 A set of photos of a scratch-built model depicting SC 70 post-war as Mary W, courtesy of Michael Byrnes, whose father owned Mary W.