The chasers stationed at "American Bay," Base 25 (Corfu, Greece) served on the Otranto Barrage line, across the mouth of the Adriatic Sea. On 24 October, 1918, Unit E, consisting of SC 90, SC 92, and SC 93, had been searching for a French seaplane that had sent a distress call, when they spotted a submarine and gave chase. Depth charges were dropped, and the crews experienced up close what happens when hundreds of pounds of TNT are detonated under water:

At 3:37, Lt. Borgeson’s boat reached the oil slick of a submarine’s trail, and Lt. Borgeson gave the order to drop charges, set to explode at a depth of 150 feet. The men in SC 90 felt the low, booming impact of the explosions, as charges of TNT detonated, sending huge spouts of water hurtling upward. Crew members strained to see through the spray as the shape of a submarine’s bow heaved up into the air. As it crashed back into the sea, a heavy film of dark, yellow oil bubbled up to the surface, and pieces of wood appeared floating nearby.

From Hunters of the Steel Sharks: The Submarine Chasers of WWI, page 7.

While it was nearly impossible to confirm a submarine kill, this incident is one that strikes me as a "maybe," and beyond that, a good example of submarine chasers in action. 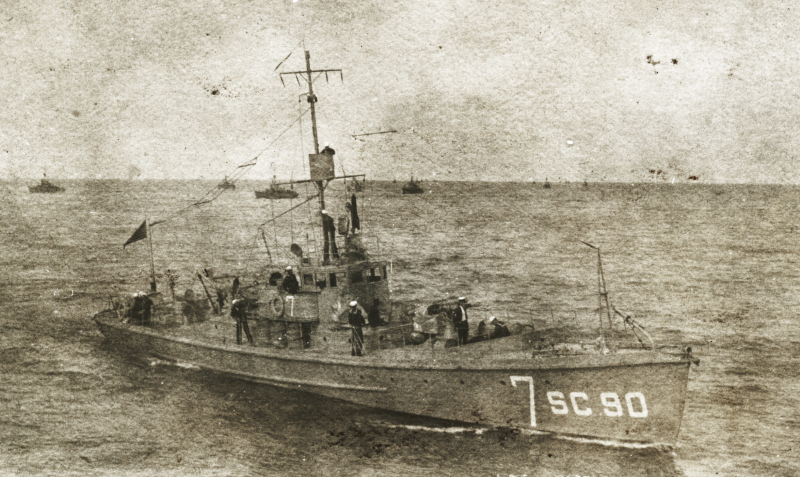