Subchaser SC 332 was commissioned at the Norfolk Navy Yard on 13 March 1918. During the war, SC 332 served in the USS Jouett Hunting Group, engaged in antisubmarine patrols along the Atlantic coast. Near the end of the war, SC 332 was assigned to overseas duties, most likely bound for the USN subchaser base at Corfu, Greece. However SC 332 arrived at Gibraltar on 11 November, and with the Armistice signed, new chaser units were no longer needed, and SC 332 and many others returned to the U.S. 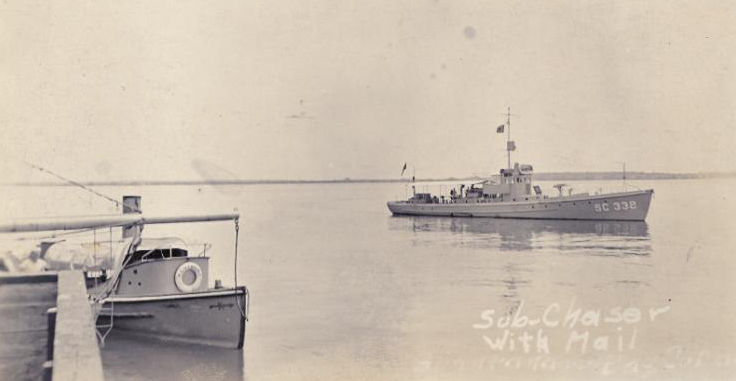 Photograph of submarine chaser SC 332. Thanks to Edward Boynton for sending in the photo scan. 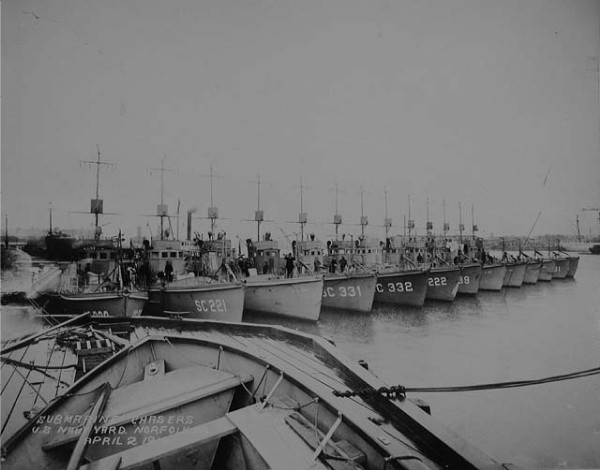 Photograph of chasers at Norfolk. Naval Historical Center, # NH 75528. Thanks to Dan Treadwell for submitting the image.