Spark From Wireless Apparatus Ignites Fluid Being Taken Aboard Boat

San Diego, April 14. In a gasoline explosion which sent a torch of flame 100 feet in the air, 10 men were burned, eight seriously, on the sub chaser 297, at the Municipal pier this aftgernoon. All but one of the men were attached to the craft. The tenth was the driver of an oil truck from which gasoline was being pumped into the tank of the sub chaser.

It was reported the explosion probably was caused by a spark leaping from the wireless antennae on the boat. The flame set fire to the upper works of the boat consuming wood work, ships papers and documents and equipment stored there. Fifteen other sub chasers moored beside and fore and aft of the No. 297, engaged in a scramble to un-moor and get free from the wharf when the flames began to spread.

The rapidity with which they were handled, prevented damage to other chasers.

For a list of the casualties, see this page. 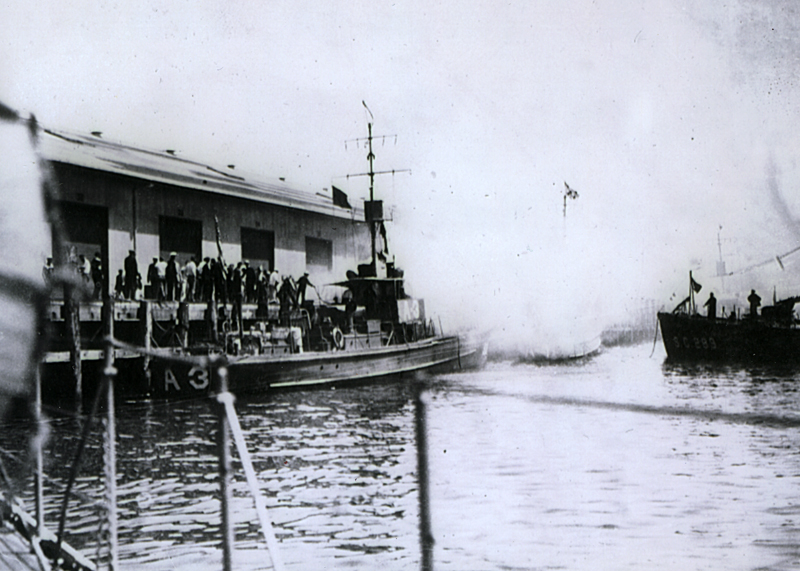 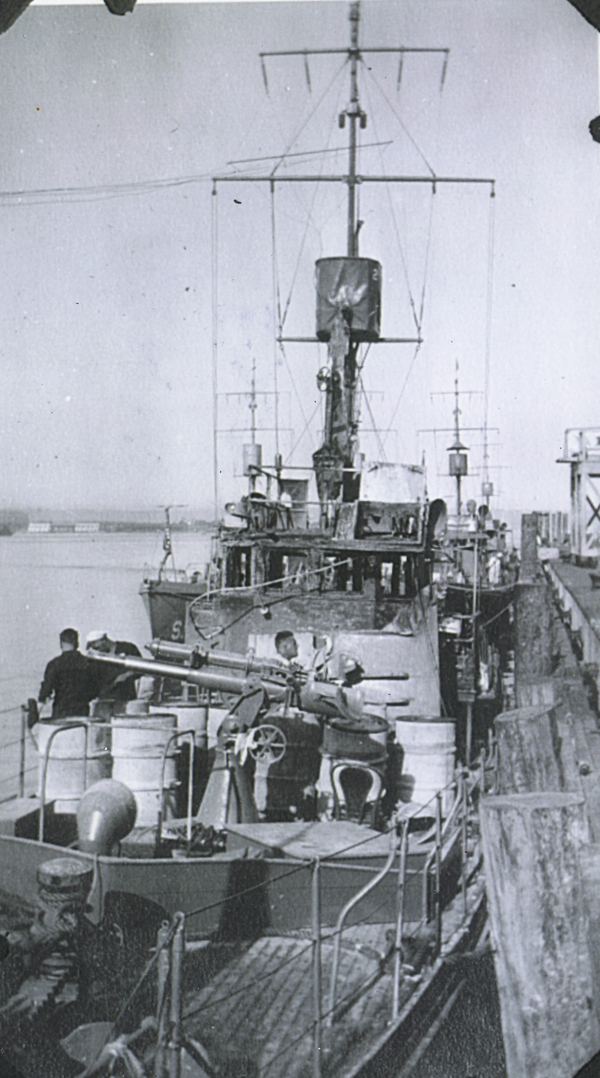 Photographs of subchaser SC 297 after the fire, courtesy of Gary Mitchell.