Thanks to Paul Eisenberg and Bill Neurath for submitting the box art and model images to The Subchaser Archives. The Ideal Submarine Chaser model is an old, wooden model kit by Ideal Aeroplane & Supply Company. The box reads:

IDEAL SUBMARINE CHASER Because of the vulnerability of its immense coast line, the American government in 1916 decided upon a patrol fleet of 110 foot sub chasers. This type was selected because it could be built in any of hundreds of small shipyards throughout the country. The chasers averaged 15 miles per hour and had a cruising radius of 1200 miles. They were equipped with a rapid fire gun on the forward deck, two machine guns beside the wheel house, and a "Y" gun on the after deck for discharging depth bombs. With our entry in the World War, these ships began operating overseas as well as along our coasts. They cruised in units of three, and upon locating a submarine, converged upon it at full speed, dropping their depth charges.

It gets the general idea across. The 110' chasers, however, were not commissioned until 1917 at the earliest. There were several experimental chasers prior to the 110' model being adopted, some of which no doubt patrolled prior to 1917. A fellow chaser enthusiast I know of would also take issue with calling a 110' craft a "ship" -- although one might think of the chasers as miniature war ships. 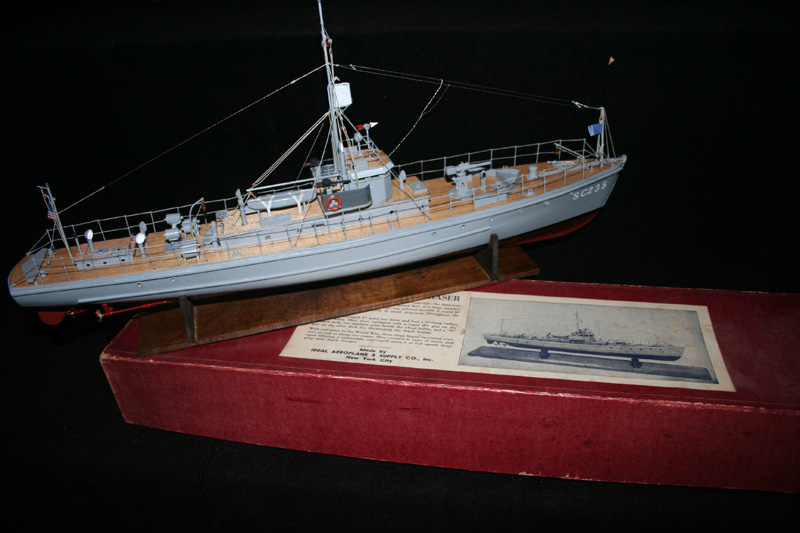