The Interallied Victory Medals of World War I 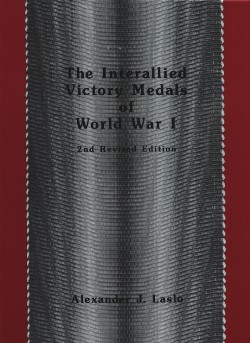 Laslo describes the background, the issue, and award of the medals of WWI.

His section on the Victory medals, and specifically the Navy service clasps including the Submarine Chaser clasp (a small part of the book, but the part of most direct interest to chaser enthusiasts), draws on the work of Colonel Gleim (The Gleim Medal Letters).

Where Gleim's work provides a lot of raw material on the Victory medals and the chaser clasps, Laslo provides the narrative account. The book is nicely printed, and published in hard cover.

Evidently it hasn't been in print for some time, but copies come up on eBay regularly, at around $30 to $40.