This photo was probably taken early on in SC 63's commission, sometime between May and October, 1918. Barnegat Light, the location of the photo, is in New Jersey, at the northern tip of Long Beach Island. Evidently they came across a small boat adrift, and hauled it aboard.

SC 63 was commissioned at New York on 23 May, 1918, served along the Atlantic coast of the U.S in the Second Naval District and in the Third Naval District. On 28 October 1918, SC 63 headed overseas, bound for ASW service; but arrived at Ponta Delgada, Azores, on 12 November, 1918, one day after the Armistice was signed -- and therefore this chaser never reached the destination port, and was sent back to the U.S.

In 1919, SC 63 served in the south, reaching ports including St. Thomas, New Orleans, Guantanamo, Key West, and Pensacola. On 23 March, 1920, SC 63 was decommissioned, but it appears to have been re-commissioned, as there are service notes in the Ship Movements Books showing military service in 1921 in Memphis, St. Louis and other locations. 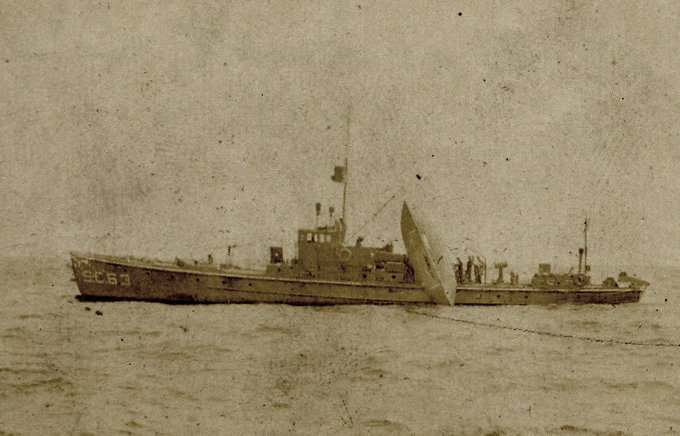 Photo: SC 63 Taking Her "Find" Aboardship at Barnegat Light. Thanks to Glen Koch for sending in the scan to the Subchaser Archives.