Submarine chaser SC 269 was built at George Lawley & Son shipyard in Neponset, Massachusetts, and was commissioned in Boston on 1 April 1918.  This chaser served in the First Naval District (Boston) and in the USS Henley Hunting Group. 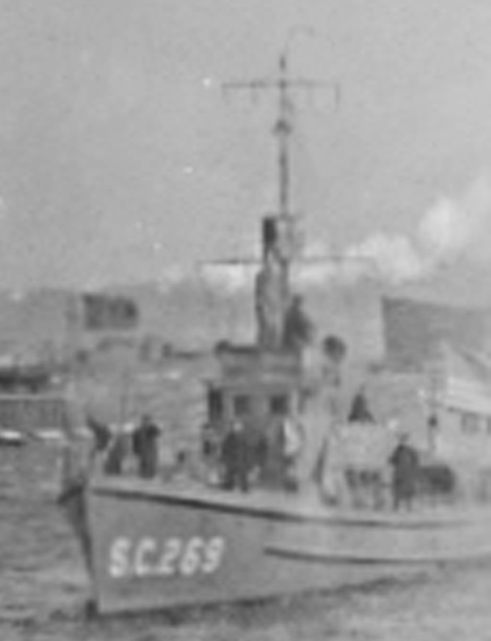 Magnified segment of a larger photo, courtesy of the National World War I Museum in Kansas City, MO.