Ensign Maclear Jacoby was commander of SC 129 in the Otranto Barrage.

Note the chaser in front of SC 129, with three racks of depth charges on its stern, indicating that this is a war time photo, most likely taken at American Bay, the subchaser base at Corfu, Greece. 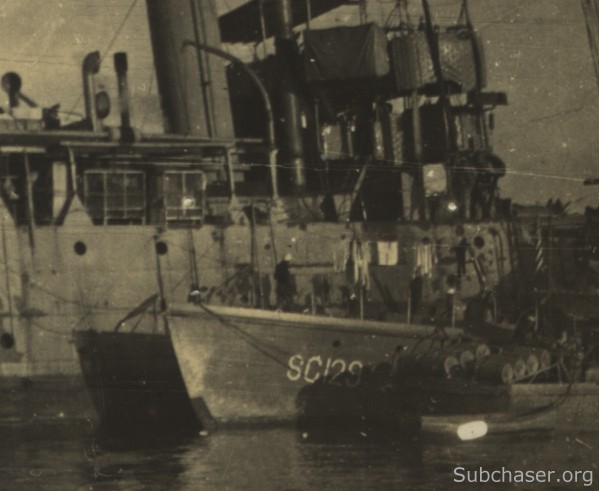 An excellent shot of SC 129 from the collection of Machinist's Mate Frederick Leck. Note the star mounted above the crow's nest. A photo of this chaser is also shown on page 111 of William Washburn Nutting's book, Cinderellas of the Fleet, with the star on the mast, which represents the sinking of a submarine. 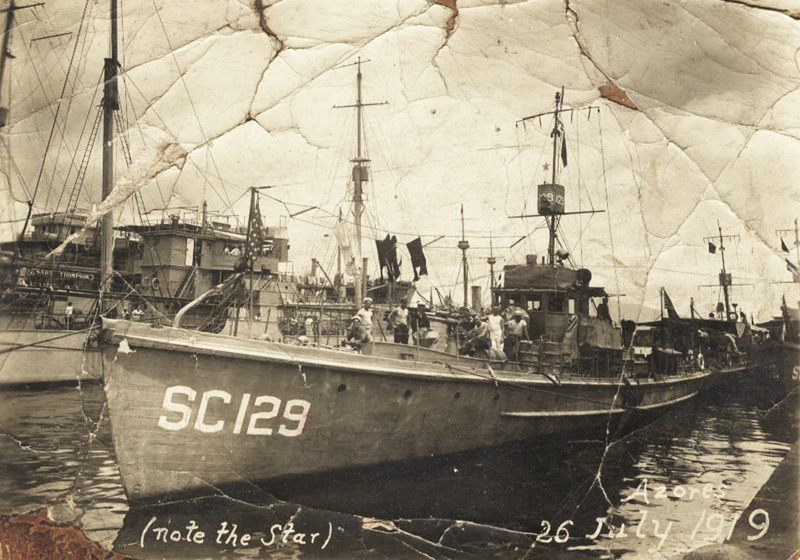