William Matz (father-in-law of Arlene Matz) served on SC 121, which was assigned to the Special Hunting Group with USS Patterson.

"On Jan. 11 a hurry order was received for all submarine chasers to put to sea. Robinson's craft was well under way when the main engine began to backfire and some gasoline in the bilge was ignited. The flames spread To Robinson's clothing and to a can of gasoline. With a fire extinguisher he put out the blaze in the bilge and with the burning can under his arm climbed the ladder from the engine room to the deck. He hurled the burning can into the sea and then jumped overboard. He was picked up twenty minutes later by the tug Pinner's Point in a semi-conscious state and was then taken to Portsmouth, Va." 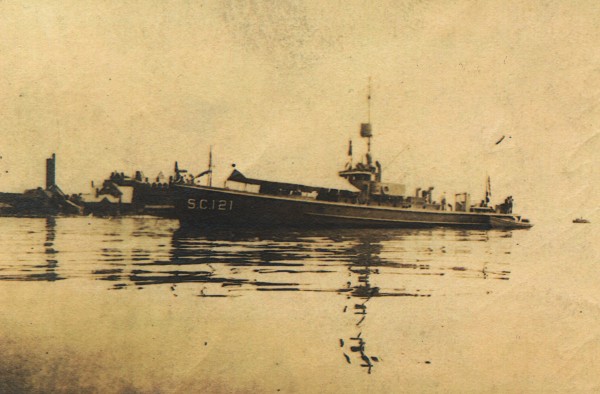