Subchaser SC 110 served at Plymouth, England and Queenstown, Ireland during the war, then participated in the minesweeping detachment in the North Sea after the war. (See also the photos of SC 356 and SC 110, here.) 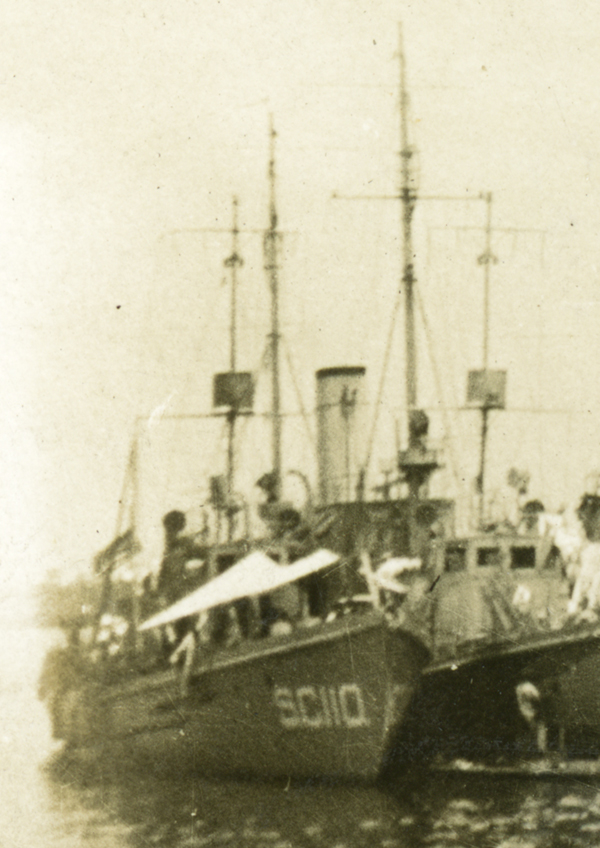 Photograph of SC 110, courtesy of Bobbie Miller, daughter-in-law of SC 208 crewman Henry Miller. Another photo showing SC 110. These six chasers were among those that served in the minesweeping operations in the North Sea. Thanks to Liz Phillips for sending in the scan. 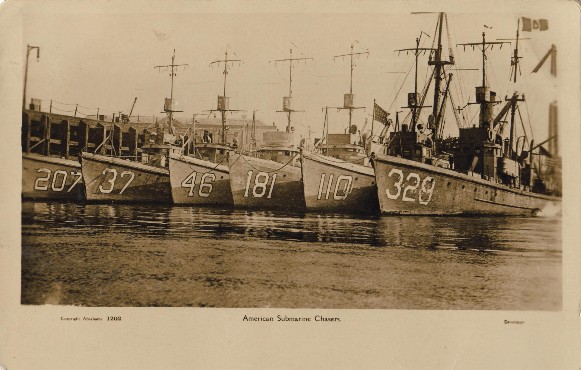