Submarine chaser SC 1 was built at the New Orleans Naval Station, and was commissioned on 8 October 1917. SC 1 served overseas during the war, at Plymouth, Base 27 and later at Queenstown, Base 6.

SC 1, largely obscured in a pack of subchasers in Lisbon. The "BQ" (or possibly "DQ") on the bridge wing canvas is a marking used to indicate position in a convoy formation. 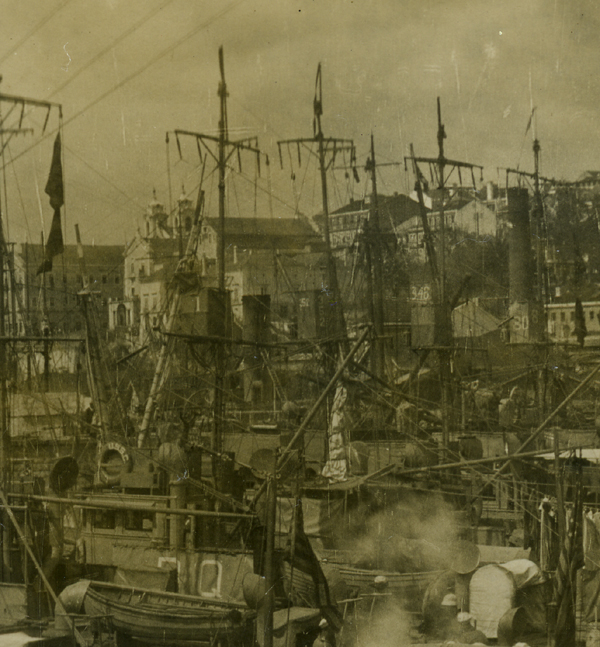 Another photo shows a unit of chasers, SC 1, SC 345 and SC 344. These chasers comprised Unit 1 at Plymouth, England, Base 27, and were engaged in ASW operations during the war. 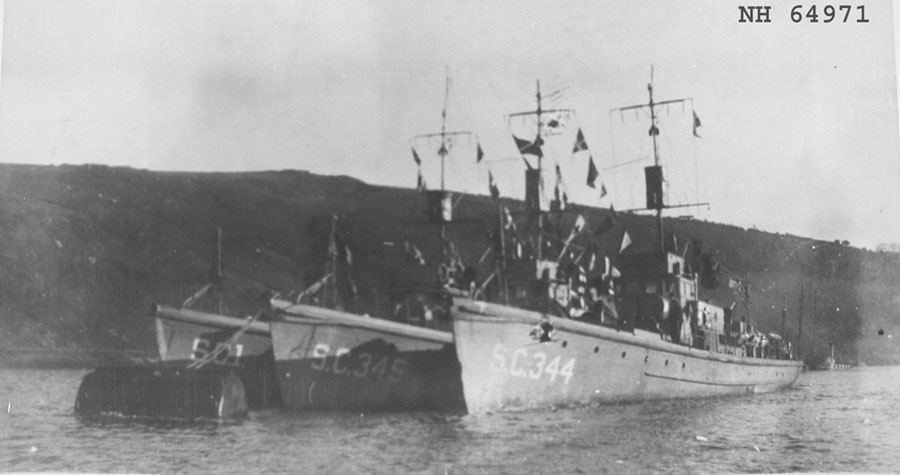 Photograph of Unit 1. Photographic Section of the Naval Historical Center, at the Washington Navy Yard. Thanks to Dan Treadwell for submitting the scan.