After the war, many of the chasers that had served in ASW operations overseas remained there for some time before returning home, as the USN made efforts to sell the boats.

During this time, the chasers were assigned various duties, and the men received more leave than usual, allowing them time to see the sights. This leave notice shows Earl Nichols on leave in France. 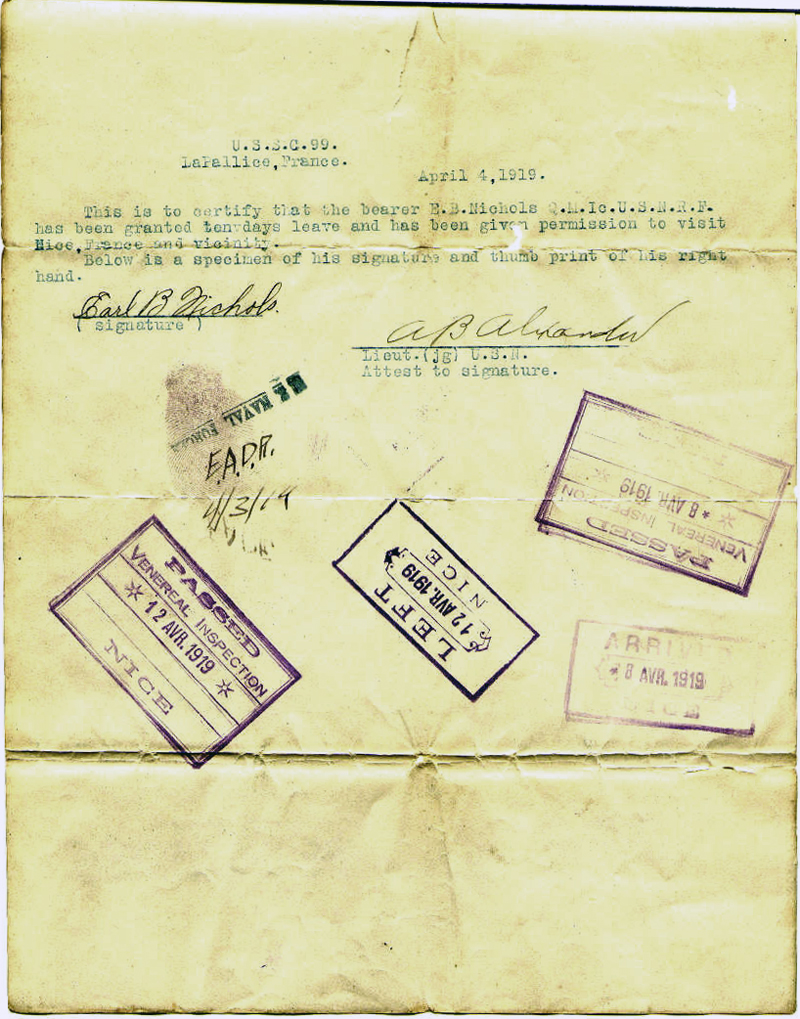