Donald Armstrong submitted this photo of chaser crewmen in Bermuda. His father, John Oswald Armstrong, served on the black gang of SC 93.

Bermuda was the first stop along the way for the chasers that served overseas, and again served as a stopping point during the return voyage after the war.

An interesting side point: During the Crimean War,  John James Armstrong (Don's grandfather, in a British regiment) was stationed at Corfu, and later his son John Owsald Armstrong was stationed in Corfu when serving in the U.S. chaser fleet (Base 25).

[Note: Sometime soon I plan to compare this to other Unit E crew photos, to determine which chasers other than SC 93 are represented by crewmen in this photo.] 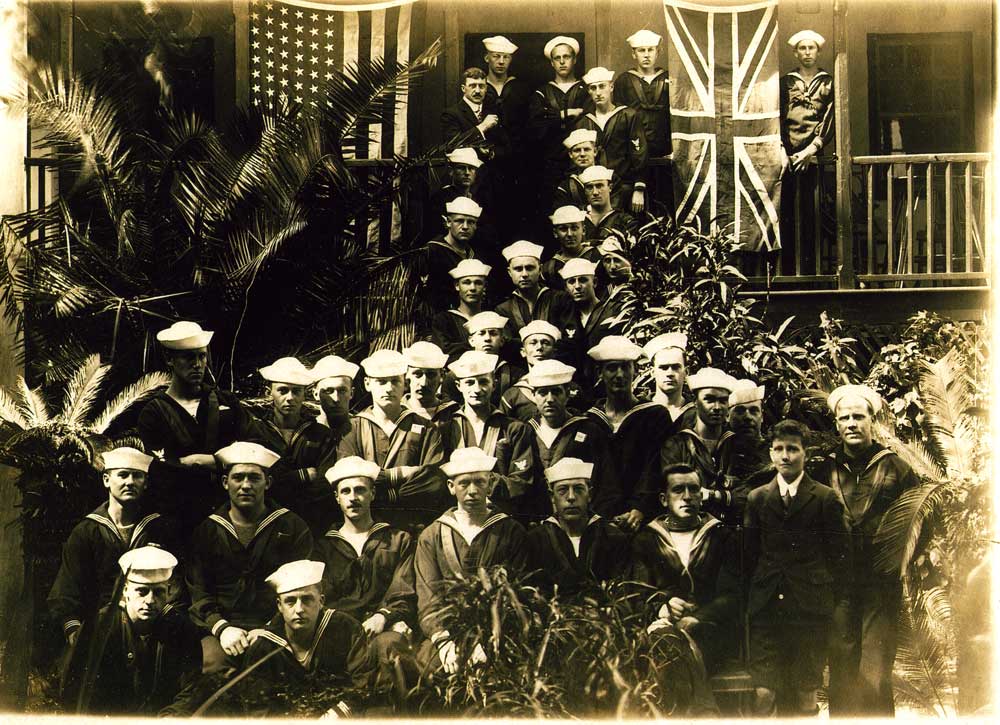 Thanks to Don Armstrong for submitting the photo to The Subchaser Archives.