A photograph of a mine caught in a sweep wire. This image appears in the book, Sweeping the North Sea Mine Barrage, with the following caption:

"This mine, which is shown securely fouled in the Rail's sweep wire, was subsequently hauled on board -- a hazardous procedure."

While it cost a great deal to build the North Sea mine barrage, the prospect of trying to salvage the materials used in the mines was too dangerous. The men on the minesweepers would bring one on board only in a case where the sweep wire had been fouled and the CO deemed it necessary to attempt to disarm it. 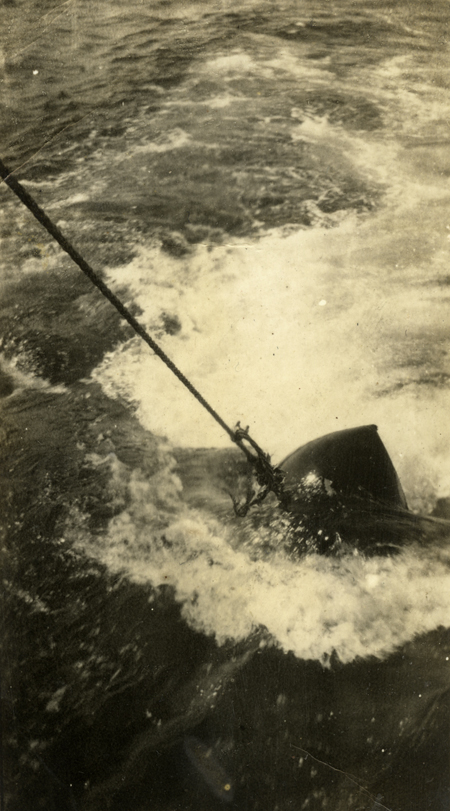 Photograph of a mine, courtesy of Bobbie Miller, daughter-in-law of SC 208 crewman Henry Miller.