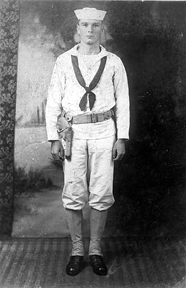 SC 297 was commissioned on 13 April 1918 at Puget Sound, and was assigned to the Second Naval District. James Everett Parks served on submarine chaser SC 297. These photos, submitted to The Subchaser Archives by his son, Thomas Parks, show the service of SC 297. Photos include several shots from the Canal Zone, scenes at sea, officers on the bridge, and many others. In addition to the pages in this photo set, see the SC 297 page in the hull numbers collection, and a crew photo in the crew photos area. Photo collection from the service of James Everett Parks, courtesy of his son, Thomas Parks.