From "Joseph Pennell's Pictures of War Work in America", Reproductions of a series of lithographs of munition works made by him with the permission and authority of the United States Government, with notes and an introduction by the artist. J.B. Lippencott Co., Philadelphia and London, 1918 (Library of Congress NE 2451.P4).

Notes: "XI Building Submarine Chasers. All round the big ship the little boats gathered - being built out of doors, anywhere near the water, into which the crane swings them as soon as the are ready. It is like this they are being built all over the country."

Thanks to Dan Treadwell for sending in the digital image. 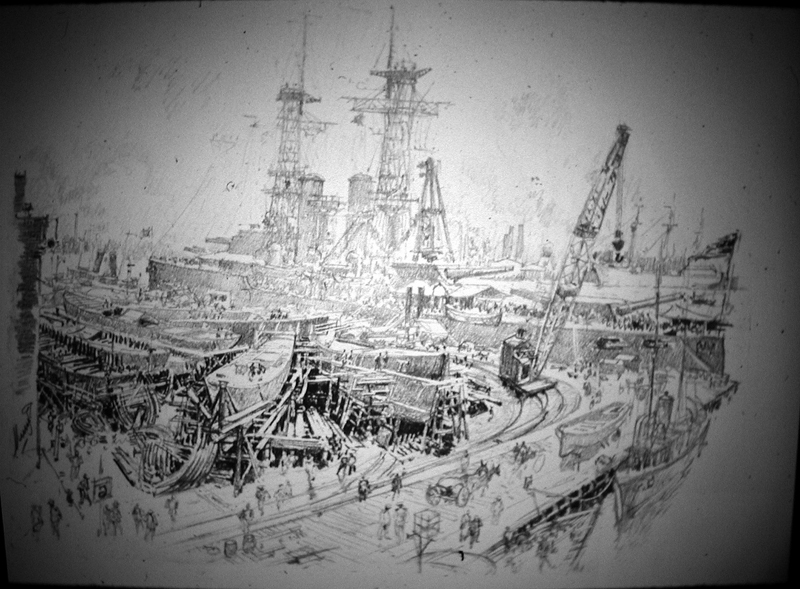