Thanks to Richard for submitting the photos and comments to the Subchaser Archives.

Richard Lilly is in progress on a scratch-built chaser model. He writes:

In 1957 I built a flat sided flat bottom subchaser from plans in a modelers magazine. A couple years later I got the Glenco plastic kit and used it as a guide to build a 36" balsa subchaser. Never satisfied with the results in 1980 I bought the 1/48 scale subchaser plans from Bluejacket Shipcrafters.

The plans languished until about four years ago when I enlarged them to 1/32 scale and began work. Progress at first was slow in that this was only my third scratch built model, the other two the subchasers and Billings Lila Dan which I completed in 1978. The other problem was I had only the plans and two fairly good photos of subchasers to go by, SC 131 and SC 26. Not much help with details. I was about to paint the model when I came across your website. I am now going back and reworking many of the details on the model. The model is RC with the outer props driven and the center idle. Everything is scratch built except the vent hoods and props and everything breaks down for painting.

As you can see in the photos, this is a beautiful model, with nice detail. The long, single-charge depth charge rack on the stern is a nice depiction of one of the types of racks on the chasers. The hull planking is also a notable one. Some of the chasers were planked this way, and others were contoured. I look forward to seeing more photos as the project progresses. 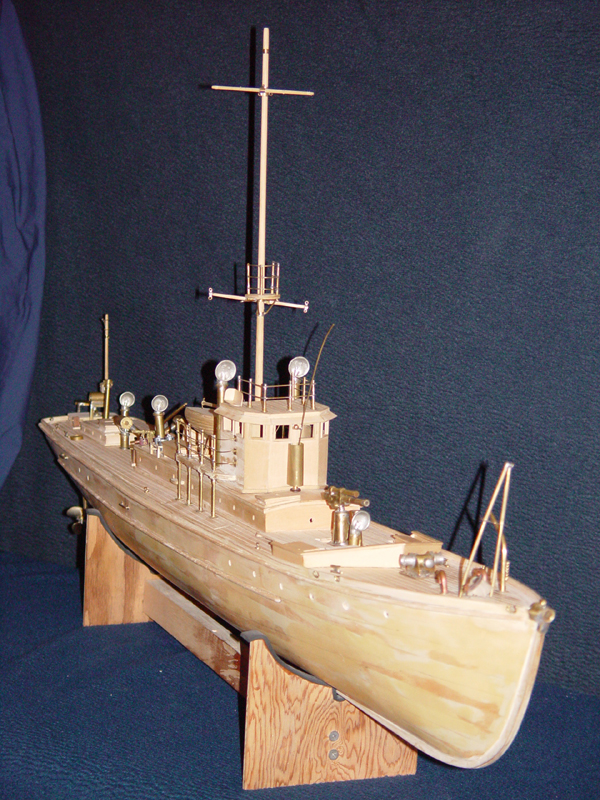 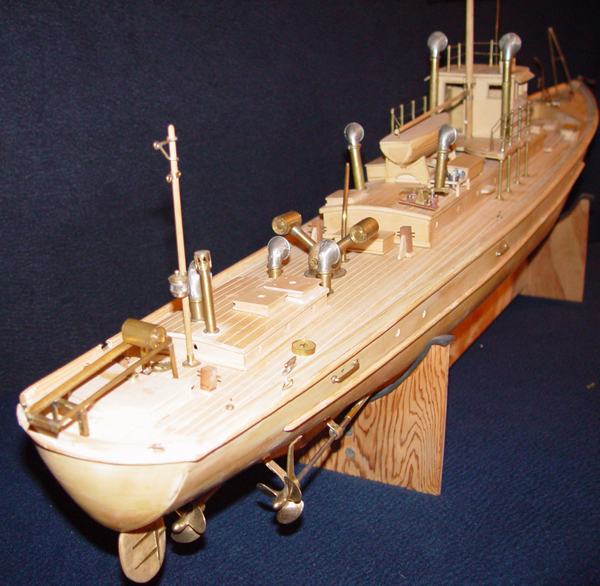 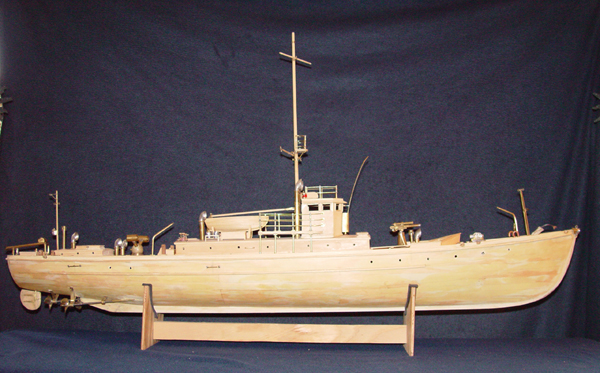