Note the ship's bell above the doorway. At least two different styles of bells were used on chasers. See the item showing the RH pilot house door (SC 93) for another style example. Ship's bells of cast iron puported to be from submarine chasers have appeared for sale online; however the example photos suggest that the chaser bells were bronze, not iron.

Note also the ladder to the flying bridge. This isn't fixed in place. In some shots it is shown stored in some other place. 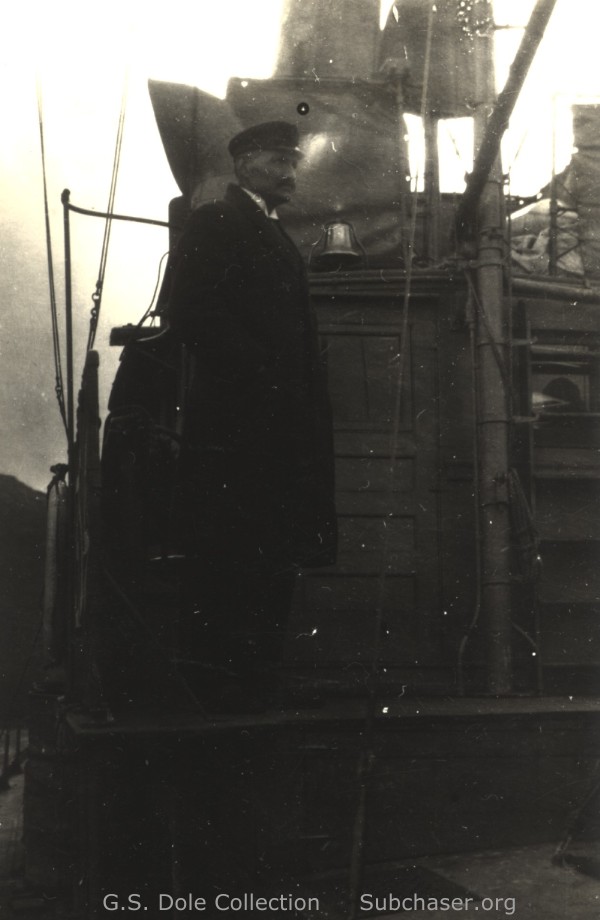