Following the Armistice, U.S. infantry and naval forces were sent to the eastern shore of the Adtriatic Sea, to assist in post-war coordination, an engagement that would prove to be complex and protracted.

This photograph (and the next in the set) shows soldiers of the 332nd with members of the crew of SC 125, in Fiume, Austria.

Caption: Fiume, Austria. Soldiers of the 332nd and crew. Officer of the deck that day - therefore the gun. Nov. 1918. 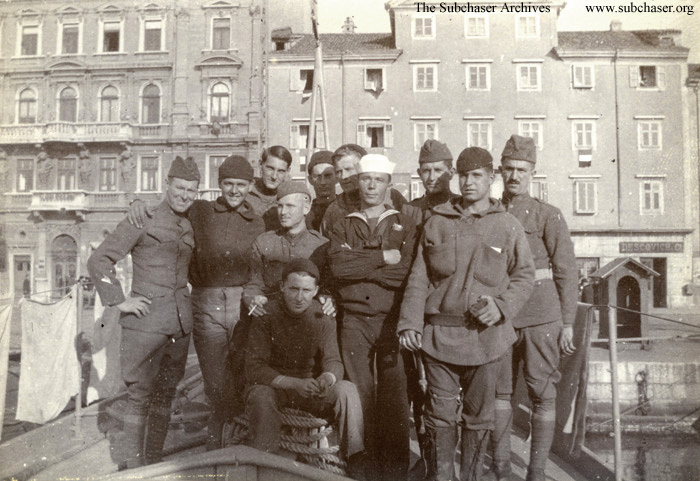