The round, reinforced portion of the deck is where the Y-gun (depth charge launcher) would have be installed. Early on, a second deck gun was mounted in this location, but the Y-gun replaced it, and became the primary mechanism for attacking submarines (along with depth charge racks mounted on the stern, not shown in this photo).

The drums on deck would be for gasoline or lubricating oil for the chaser's engines. Note the crewman in the hatch to the engine room. The open hatches on the aft deck house are to the galley (aft) and the crew's quarters (forward).

In the foreground is the wherry, covered with canvas. Typically the life raft is stowed behind the wherry, but in this case it's lashed to the wooden cover over the rudder quadrant. 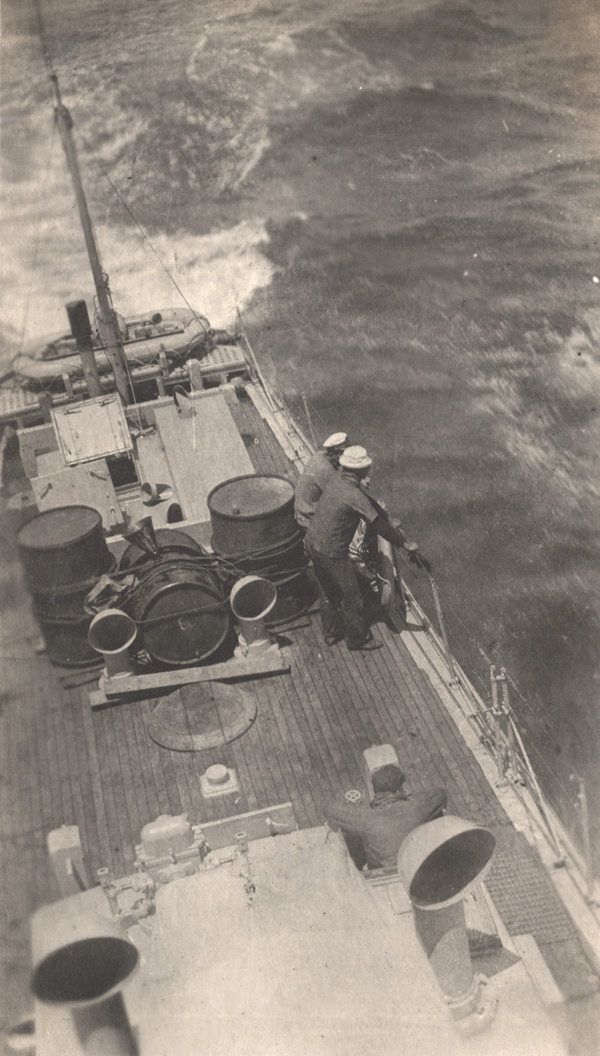 Photograph of SC 299 at sea. Collection of Ralph Edwin Long, radio electrician on SC 299, courtesy of his nephew, Robert DeBow. Thanks to Russ Lloyd for submitting the photo scan.