On the issue of Victory medals

The men on the WWI subchasers were eligible to receive a Navy clasp for the Victory medal according to the service of the ship. For most, this meant the "Sub Chaser" clasp; although a number of chasers were also eligible for the "Mine Sweeping" clasp; and while no chasers are listed as being eligible to receive "White Sea," three chasers (SC 354, SC 95 and SC 256) performed service that meets the listed criteria for that clasp.

While there are a couple of odd exceptions noted in the Gleim Medal Letters (A set of letters on military medals written by Colonel Albert F. Gleim between 1971 and 1997, one of the authoritative works on the subject), the standard policy was one Navy bar per veteran; so presumably most chaser men would have worn "Sub Chaser," should they have chosen to purchase a clasp. (The medals were issued to all eligible veterans, but the clasps had to be ordered by each individual vet.)

In late 1919, military memoranda began to be circulated, announcing the medal issue. Some of these documents are present in the G.S. Dole collection of chaser-related materials. Among them is the Bureau of Navigation Circular Letter No. 125-19, dated September 8, 1919: 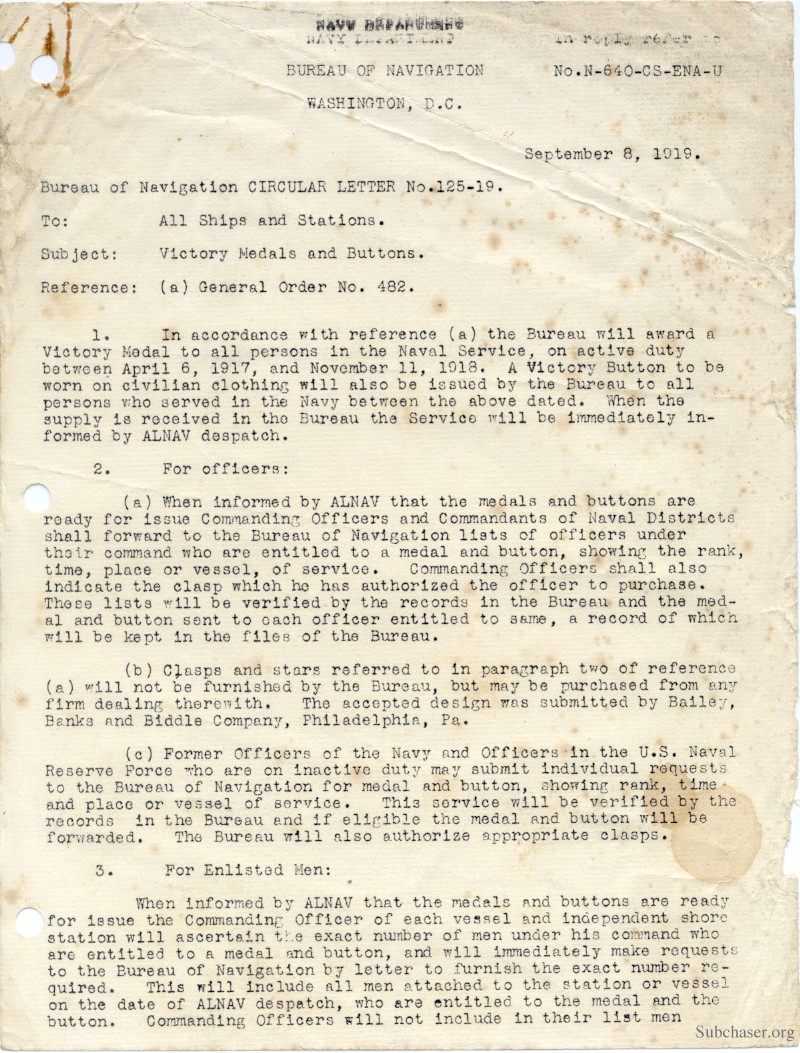 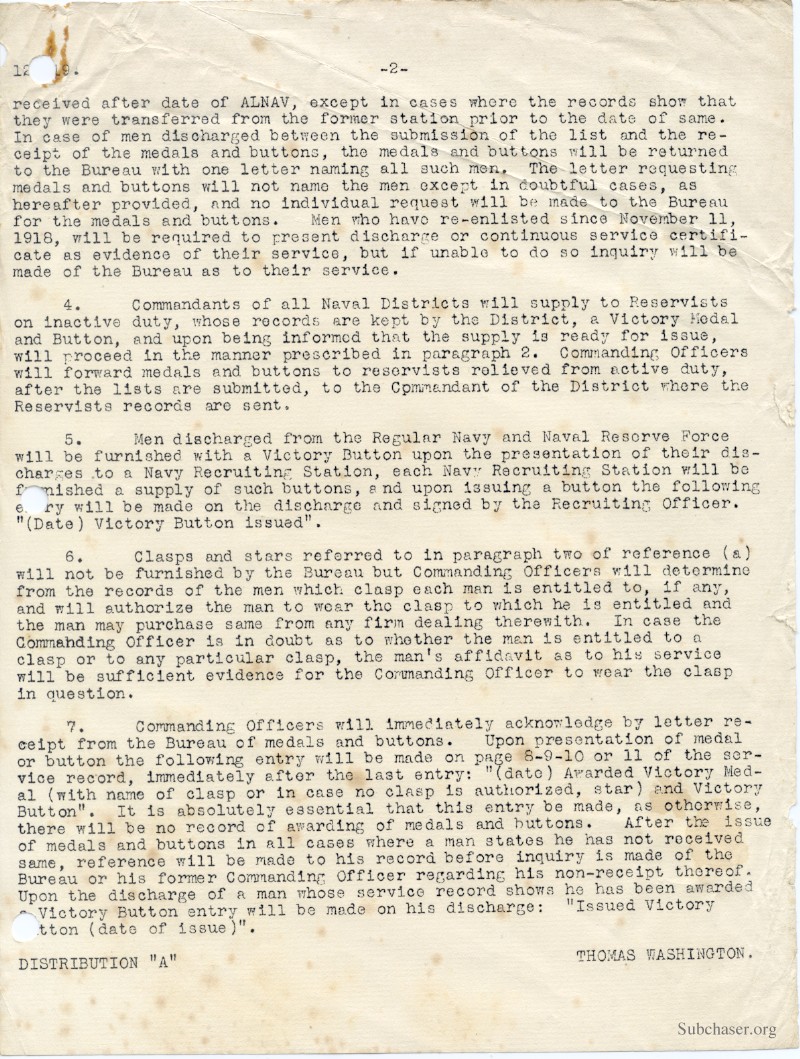