SC 97 was commissioned on 8 January 1918 in New York. It departed from the submarine chaser base at New London, Connecticut on 25 April, ultimately reaching Plymouth, England on or near 8 June. This was one of the chasers that served from Plymouth (Base 27), performing antisubmarine hunts. SC 97 was a wing boat in Unit 3 (originally referred to as "Group 15"), a three-chaser hunt unit. The unit leader was SC 35, and the other wing boat was SC 34. 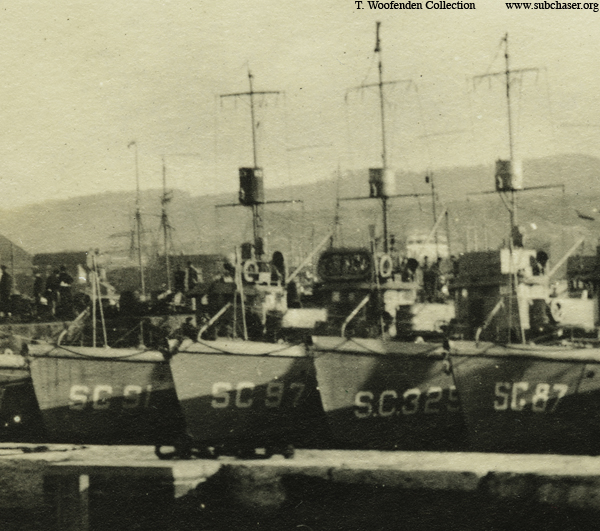