Submarine chaser SC 411 was Commissioned at Clayton, NY on 1 May 1919. It was one of many submarine chasers ordered by the U.S. Navy during the war, but not completed in time for war time service.

This photo shows SC 411 at Clayton. Caption: "Submarine chaser built at Clayton. Mrs. Gridley in the foreground with Louise and Addison Allen." 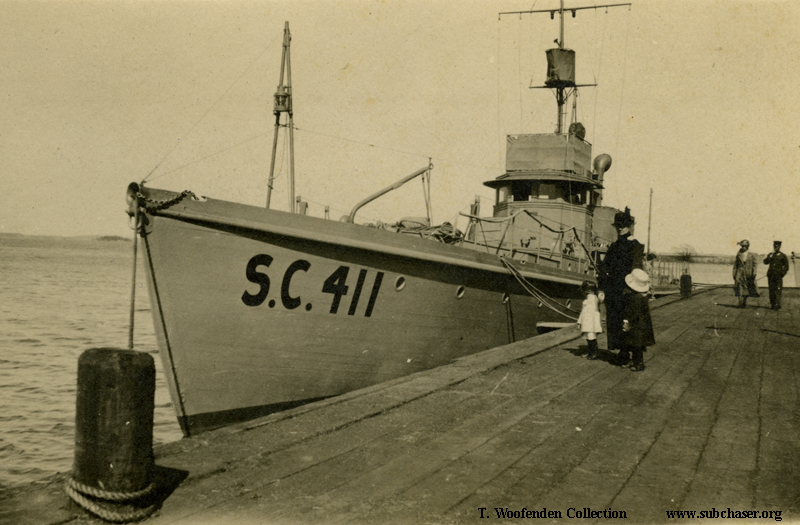