SC 398 was among the chasers sold to France.

This chaser was designated C 79 in the French navy, as shown in this photo. The chaser is shown with the bearing indicator and the K-tube frame and reel on deck, but no deck guns. 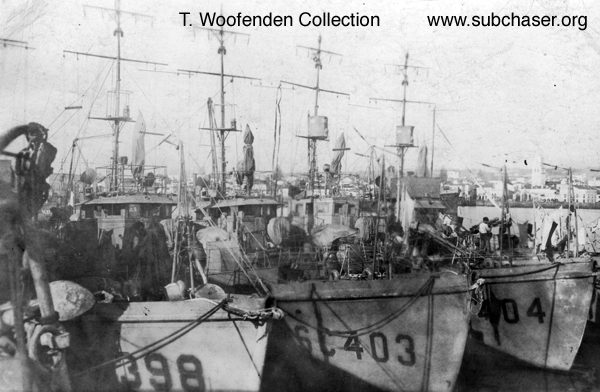 Photograph of three chasers that were sold to France. T. Woofenden Collection.