Submarine chaser SC 299 was built at the Puget Sound Naval Shipyard in Bremerton, Washington. The chaser was commissioned at Puget Sound on 25 April 1918, and during the war was assigned to the Fifth Naval District.

A war time photo of SC 299. Note the bearing indicator under canvas on the flying bridge, and the K-Tube reel, also under canvas, forward of the pilot house on the port side. 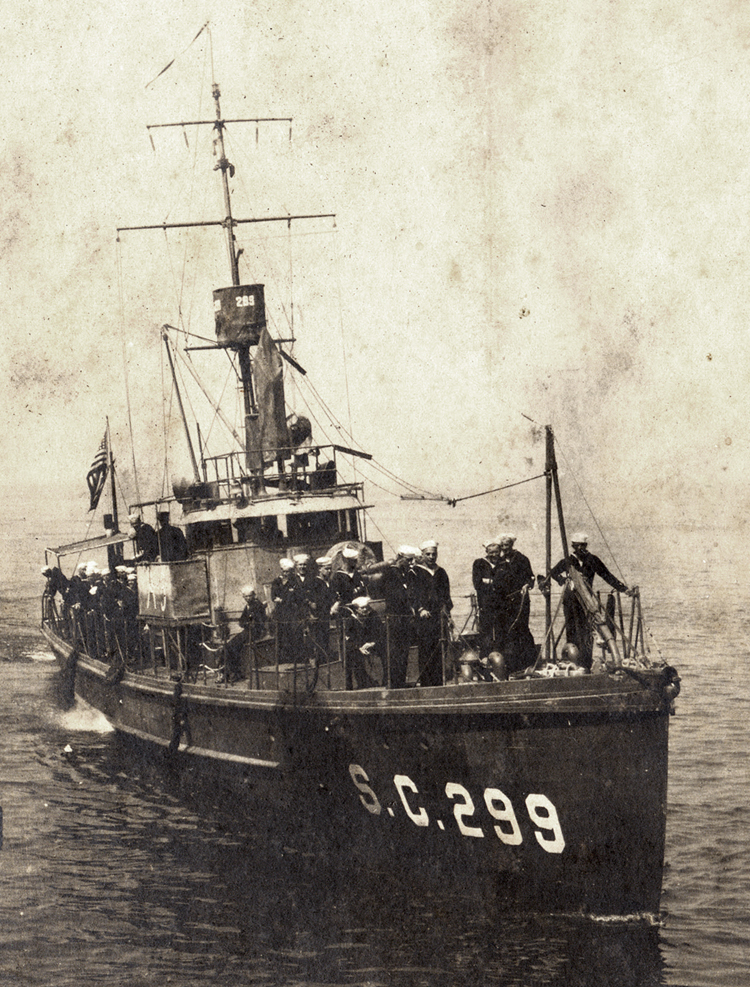 Photograph of submarine chaser SC 299, from the collection of Robert DeBow, whose uncle served on this chaser. Image courtesy of Russ Lloyd.