These two are among twelve U.S. submarine chasers assigned to patrol duty in the Canal Zone.

On the far left on SC 289 is Henry George Zimmerman, whose grandson Hans Thompson submitted the image shown on the SC 289 page. 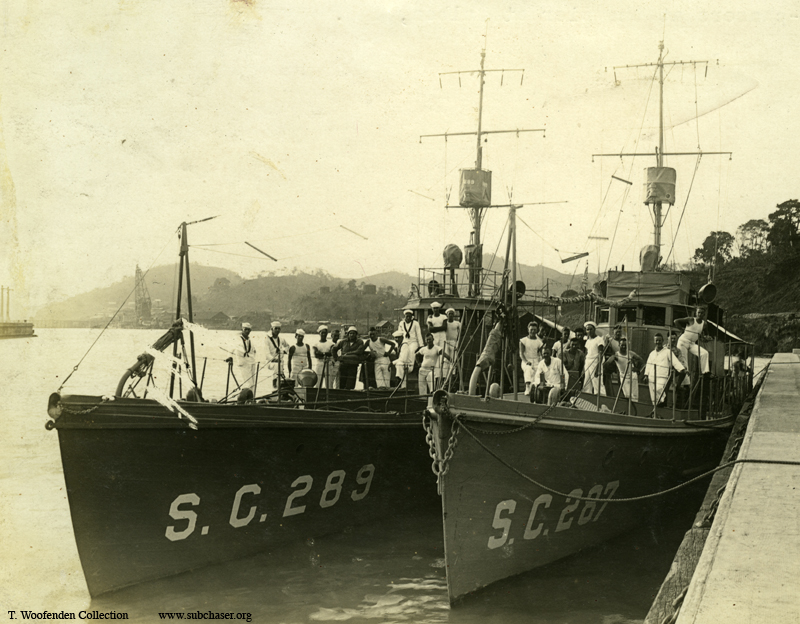