While the Lewis gun was the preferred weapon, and appears in some photos of chasers in post-war settings, the Colt was the standard issue, and the model most commonly appearing in photographs of chasers.

A Colt machine gun mounted on the port bridge wing of a chaser. Note also the wheel, partly visible in the pilot house to crewman Edmund Freeman's right, and what appears to be a roll-down door closure. This was replaced with the standard wooden pilot house door. 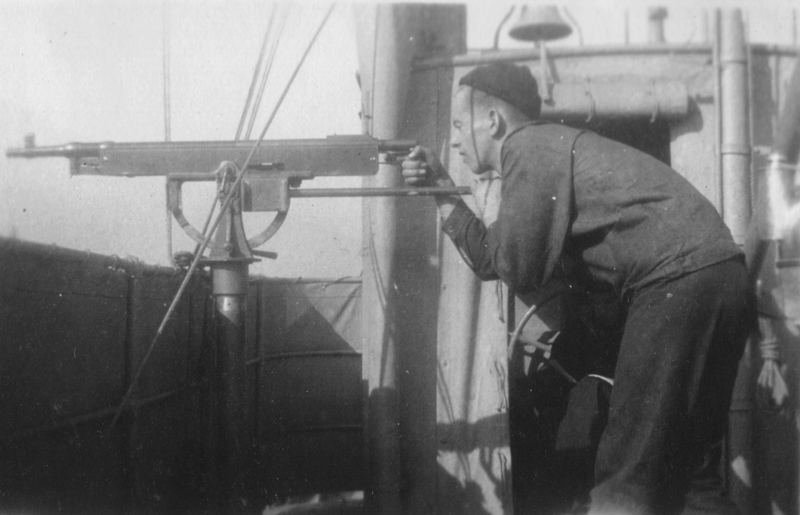