Crewman Edmond Freeman aiming a Davis non-recoil gun on board a chaser.

The Davis gun fired a counter-charge of pellets from the breech at the same time as the round was fired, counteracting the recoil. The pipe frame restricts the aim of the gun to the port or starboard sides, so that the discharge pellets can't be accidentally fired into the pilot house or some other part of the boat.

This design was used on aircraft in WWI, as an experimental method of allowing use of a larger gun on small aircraft where the recoil would be a problem.

While this model of deck gun appeared on chasers early on, they were soon removed. In the case of SC 254, it was replaced with the Poole 3"/23 caliber deck gun. This photo shows an unusual configuration, in that when the Davis gun was present on a chaser, it was normally amidships, where the Y-gun would later have been located. 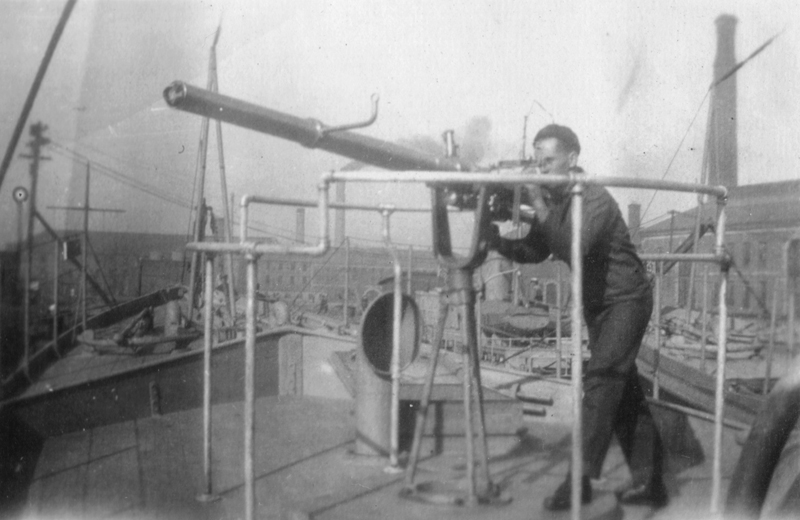 Photograph of a Davis deck gun on a chaser, courtesy of Dave Freeman, son of crewman Edmund F. Freeman.