Many submarine chasers traversed the Caledonian Canal. The chasers were narrow enough that typically two could enter a lock abreast.

These are two photographs showing scenes in the Canal during one such voyage. 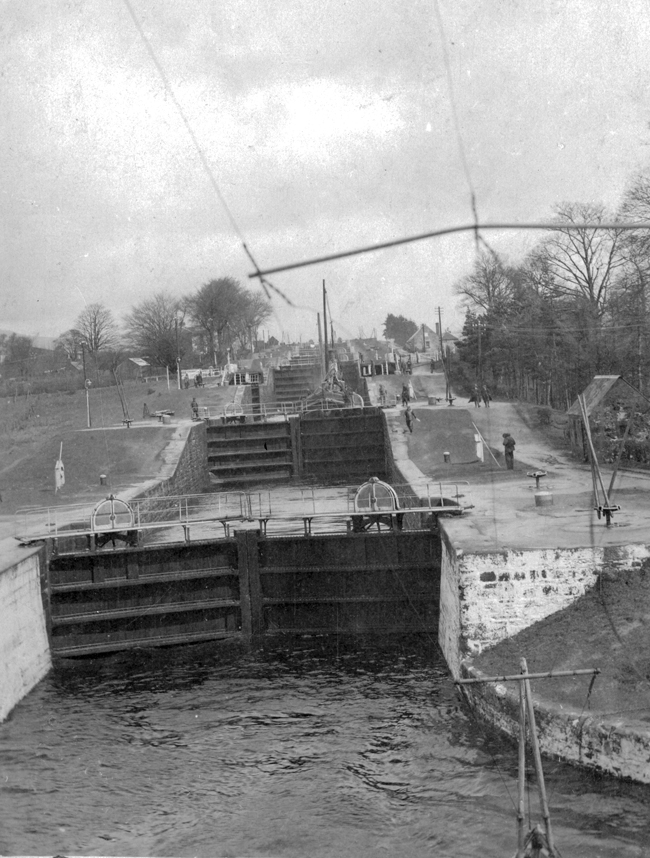 Subchaser SC 254 in the canal.