Subchaser SC 233 was built at New York Yacht, Launch & Engine, and delivered to the Navy Yard in New York on 12 February 1918. During the war SC 233 served in the Atlantic fleet, based at the submarine base in New London, CT. After the war this was one of the chasers sold to the Army.

A war time photo of SC 233, probably at Charleston, SC. 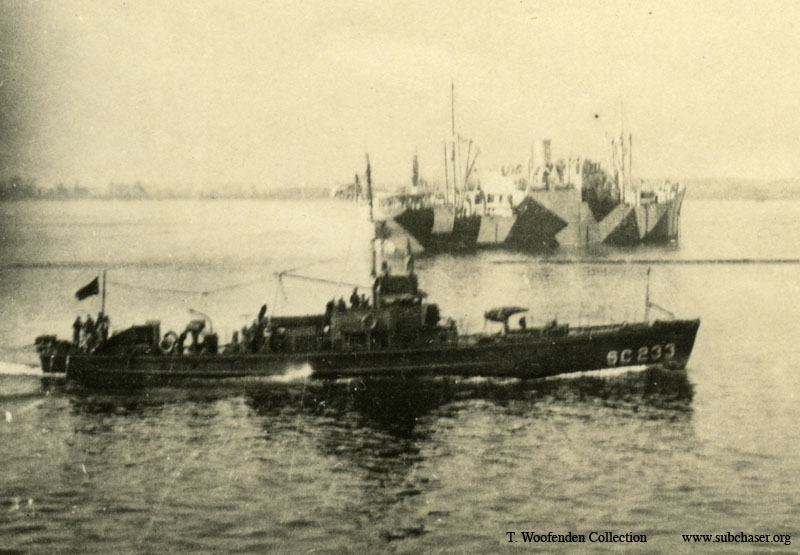