SC 218 served in the Atlantic Fleet, based at Yorktown, VA.

Two photographs of SC 218. Note the Hotchkiss gun in the first photo, probably an early shot of this chaser. The Hotchkiss deck gun appears in many early chaser photos, especially during commissioning. Later most were replaced by the Poole deck gun. 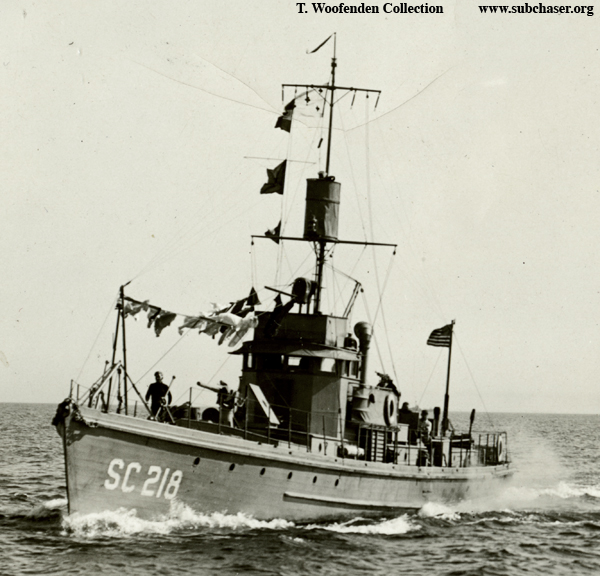 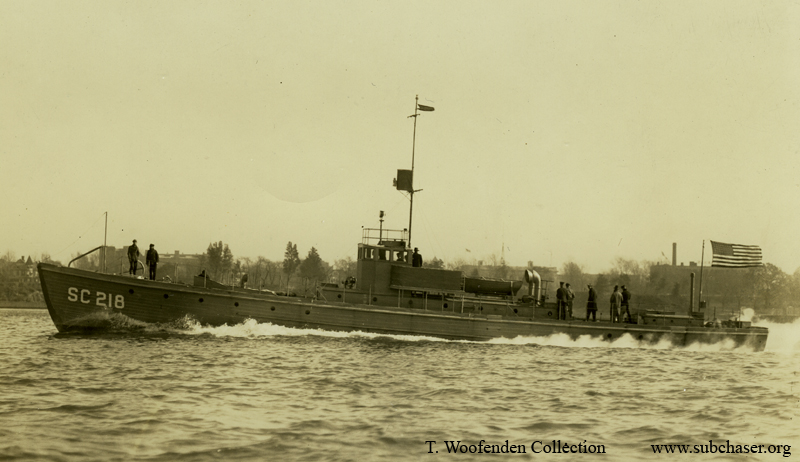