Submarine chaser SC 20 was built at the Navy Shipyard in Brooklyn, New Your. During the war it was assigned to the Third Naval District. On 15 September 1919 SC 20 was decommissioned and sold to the U.S. Army.

SC 20 underway. This is most likely an early photo, from around the time of the boat's commissioning. Note the Hotchkiss deck gun forward, and the Davis non-recoil gun amidships. The forward deck gun would be replaced with a Poole 3"/23 caliber deck gun, and the Davis gun would be removed and a Y-gun depth charge launcher installed in that location. 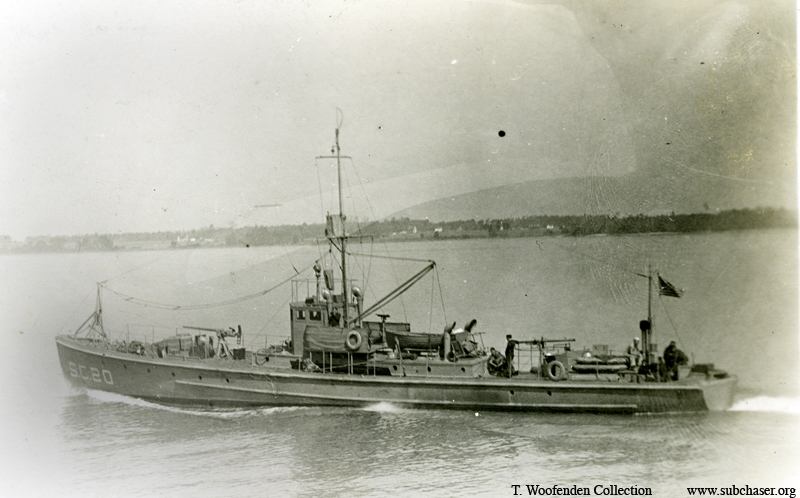 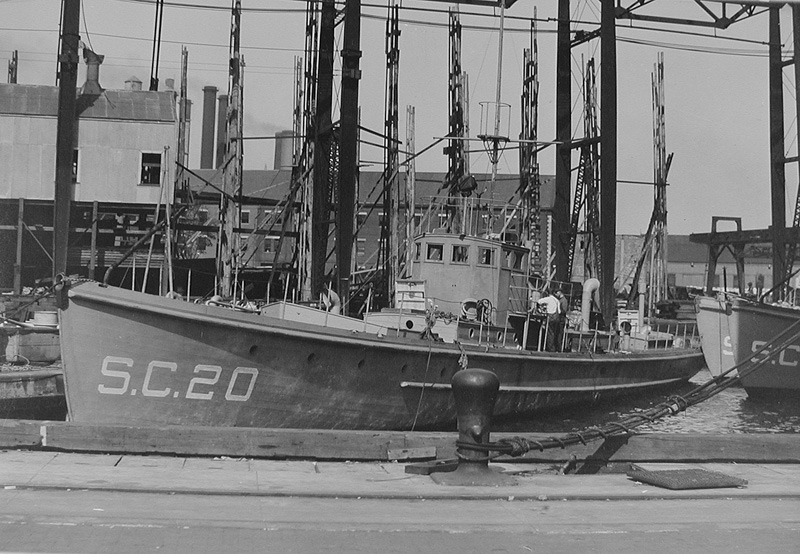 Photograph of subchaser SC 20. National Archives, 165WGZ-K. Thanks to Dan Treadwell for submitting the digital image.