SC 17  was built at the New York Naval Shipyard in Brooklyn, and was commissioned 8 November 1917.

This photograph shows submarine chaser SC 17 with a Hotchkiss deck gun forward, and a Davis gun amidships where the Y-gun would later be located. This arrangement along with the depth charges at the stern date this as an early photograph of the chaser. 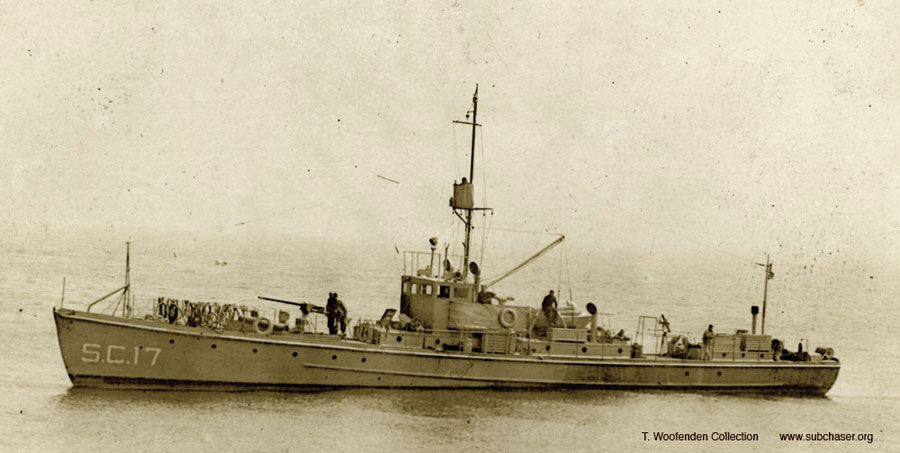