SC 137 was unit leader of Unit 6 (SC 137, SC 258, SC 41), stationed in Plymouth, England. These are six pages from the deck log of SC 137, covering 6 September through 8 September 1918, when a submarine attack took place. This attack was described by some crewmen as having involved detection of a series of gunshots in a sunken submarine - a story interpreted as being a case of a German U-boats crew committing suicide rather than face death under water. My theory, based on the conspicuous absence of reports of these gunshots in official reports, is that this was an embellishment of an exciting - but not quite that exciting - U-boat pursuit. These pages seem to support that. -- Editor. The chaser deck logs typically had the date and weather conditions reported on the left-hand pages and notes/movements on the right. This page is the left-hand page, for date reference. 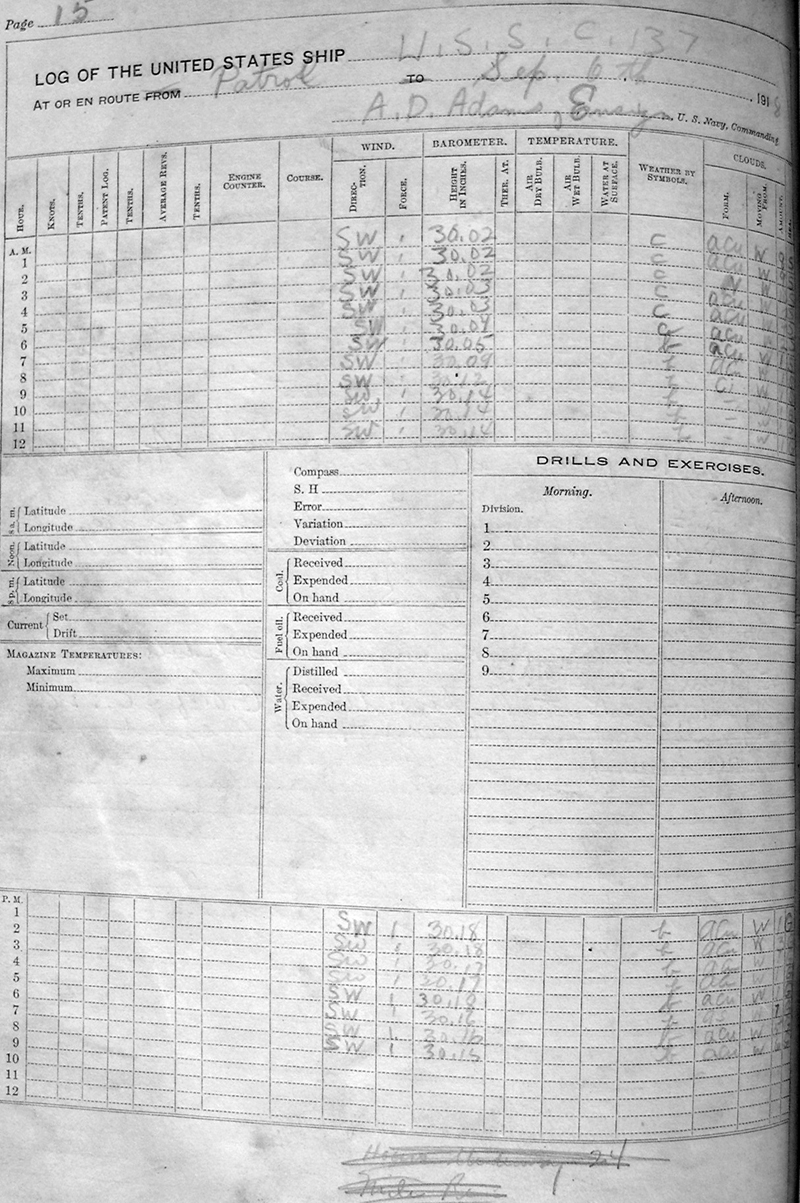