A photograph of William Mathews, MM2c, on the bridge of submarine chaser SC 48. SC 48 was commissioned at New York on 27 March 1918, and served overseas, first assigned to Base 27, Plymouth, England, and later assigned to Base 6, Queenstown, Ireland. After the war this chaser was among those that participated in the clearing of the North Sea mine barrage. 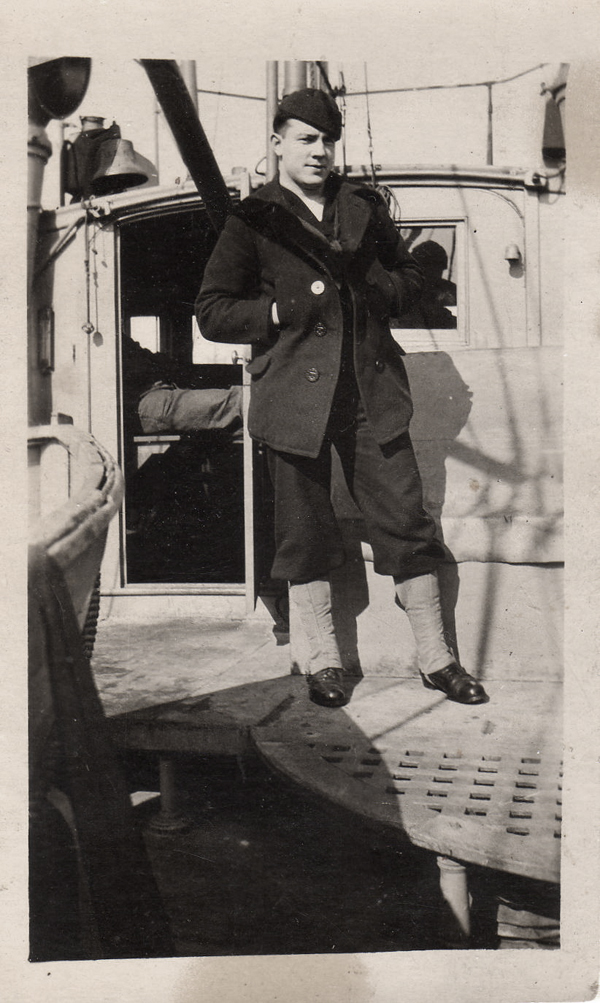 Photograph of crewman William Mathews on SC 48, courtesy of his grandson, Patrick Mathews.