Submarine chaser SC 295 with the "X" flag and two others raised, at the submarine base at Coco Solo, near the Atlantic side of the canal. Various three-flag signals were used during and after the war.

(For a listing of wartime three-flag signals used in sub hunting by submarine chasers, see pages 19 to 22 of the document, Description of Listening Apparatus and Signals for Submarine Chasers.) 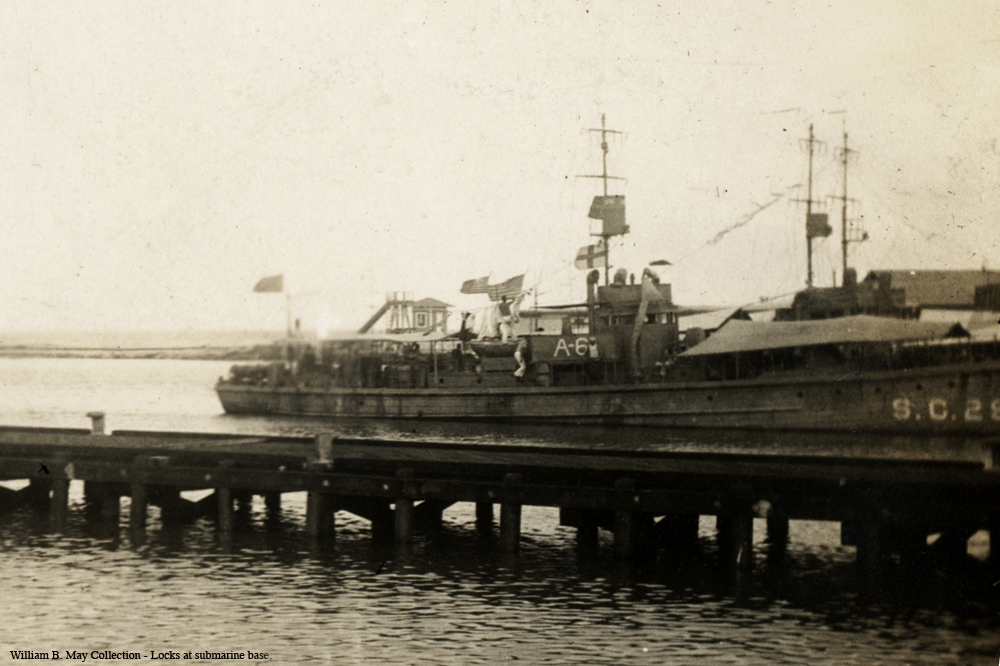 Photograph of the submarine base at Coco Solo. Collection of William B. May. Thanks to Penny Thompson, his daughter, for submitting the photo scan.