The submarine base at New London, CT became the training facility for new subchaser crews. This photo shows French sailors at New London. Of the 403 chasers completed during the war, 100 were sold to France.

See the page on U.S.-built chasers sold to France for details. 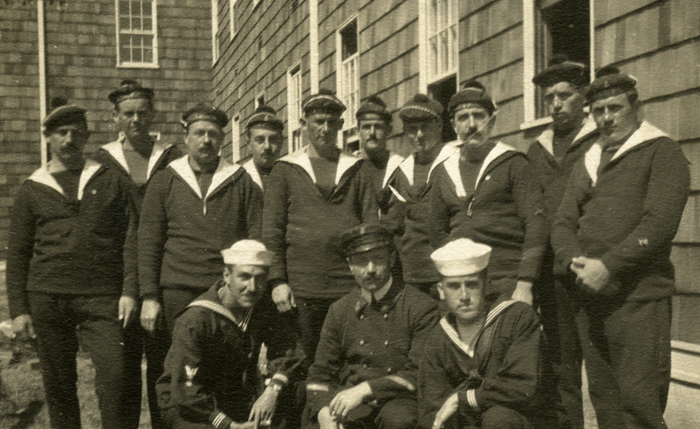