Document: Preliminary Orders and Notes on Communication for U.S. Submarine Chasers, Otranto Detachment. This would have been issued early in June, 1918.

In a photo of subchaser SC 90, an add-on device is shown on the bearing indicator. This is probably the additional light arrangement noted in this document. It appears that at this time recognition signals were sent using the lights on the bearing indicator, so the potential for a single-light setup to fail was to be remedied by adding lights.

There are very few photos showing this arrangement, however. My hypothesis is that soon after this document was issued, the practice of using the bearing indicator for night time recognition signals was dropped, and instead the truck light and the red lights on the mast above the crow's nest -- which were used for various other kinds of night time signals -- were used for this purpose as well, making it unnecessary to mount additional lights on the bearing indicator. 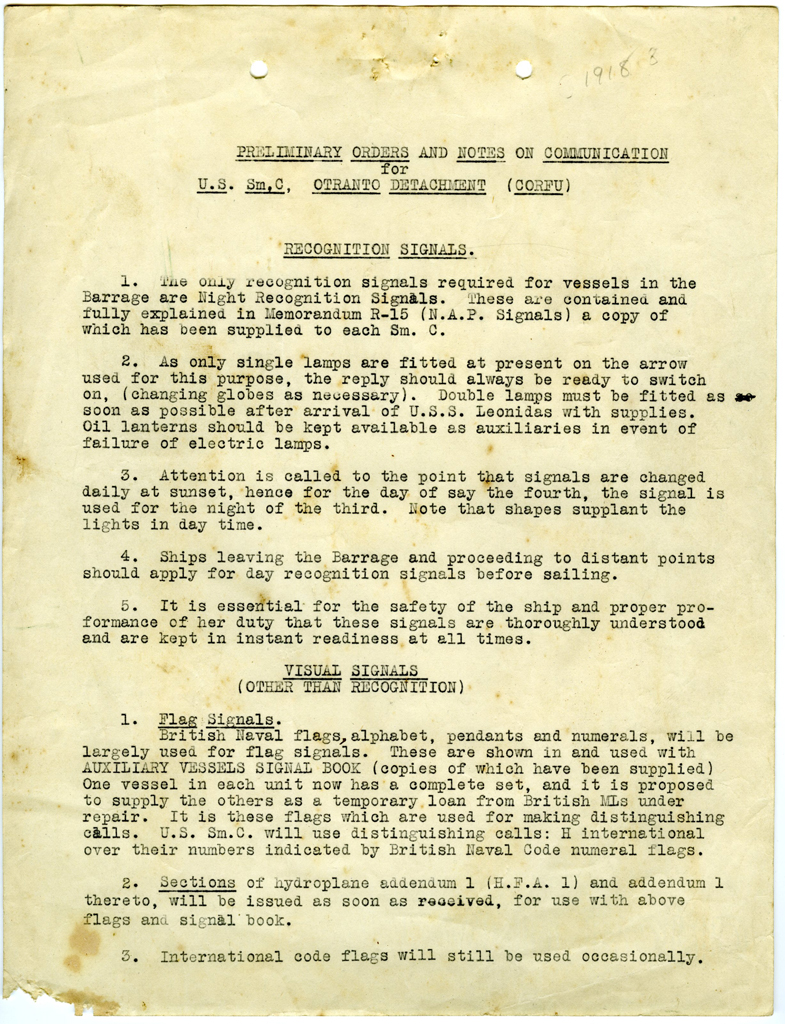