Caption: "Pals. 291 and 292 alongside stranded Northern Pacific. These two ships left Bremerton, Wash. together. They were the second and third chasers launched and in commission at Bremerton and have been together ever since. It looks as if they will soon be separated as 291 will stop at Frisco while 292 will return to Bremerton. This picture shows how chasers took wounded soldiers off the stranded steamer Northern Pacific." 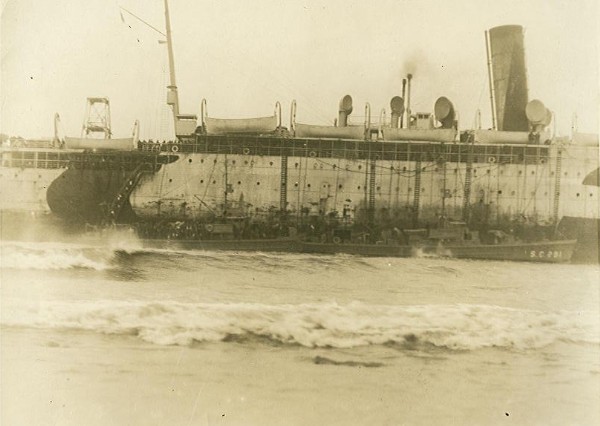 Photograph of SC 291 and SC 292 with Northern Pacific, from set of photos purchased in Chicago in 1959 by a resident of Minnesota. Thanks to K.S. Christian for permission to post the scan.