Frequently in the literature on chasers one reads that the men on these boats were maverick roughnecks, and not seasoned Navy men. This may have been partly true, for the U-boats were wreaking havoc, and the U.S. Navy was in need of officers and crew for their new fleet of chasers, in short time. And given that there were few seasoned Navy men on hand to command the vessels, they turned to college boys, who perhaps had less of a sense of the need for strict protocol than their counterparts on the larger vessels.

Even so, neither the officers nor the crewmen were exempt from training. This photo shows Albert Tilley, who became a radio man on SC 354, at boot camp, where the men lived in tents and made do with very little. This seems to foreshadow their tours of duty on the chasers, where they had even less living space and almost certainly no better provisions. 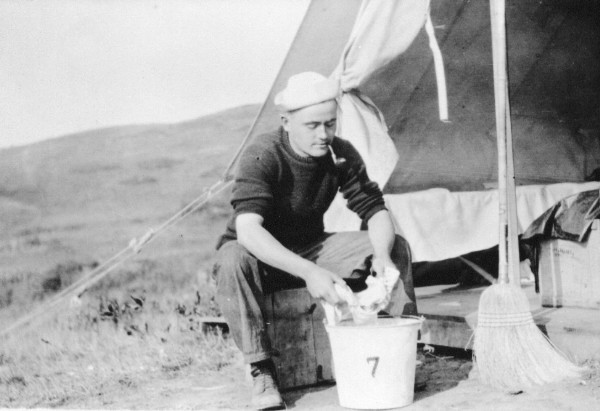