Underway at sea, in moderately heavy seas. Note the custom-built frame for a canvas sun cover (which is show in other photos in this set). 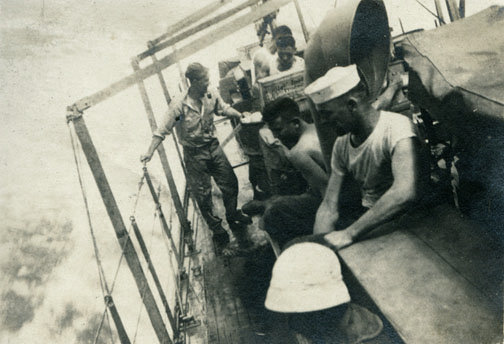 SC 297 hitting a trough. Note the deck gun covered with canvas. Also note the storage containers outside the gunner deck. In many of the chaser shots, these storage boxes have been removed. 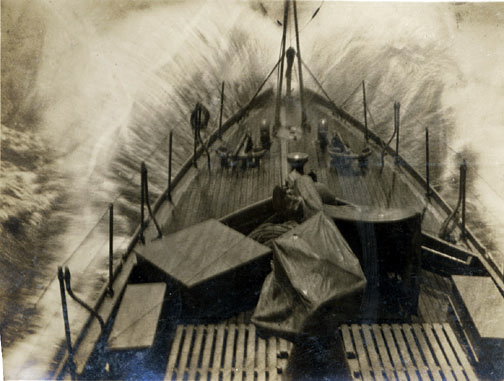 A sea turtle on the hatch. 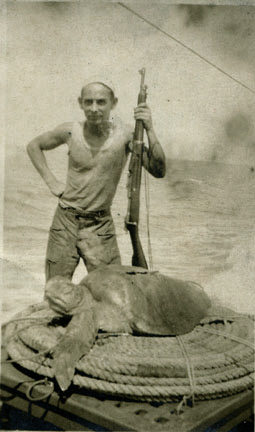