Subchaser SC 40 was stationed at Plymouth during the war, as a wing ship in Unit 5 (SC 37, SC 38 and SC 40); and was assigned to the North Sea Minesweeping Force afterwards. As such, it is one of the chasers that saw significant service.

This model was built by Charles Post, crewman on SC 40, grandfather of Dee Marshall, who submitted the photos to the Subchaser Archives. Being a model built by an actual crewman, it is especially interesting. It is not built as a scale replica -- probably Mr. Post based the work on his recollection of the chasers and on photos (and not on scale drawings) -- but there are some interesting details. For example, the deck appears to be shown as natural wood, not painted or covered in canvas. It is a wartime depiction, with Y-gun and depth charges. Another interesting detail is the single depth charge rack on the stern. Some of the chasers were fitted with this type of rack, and others had three smaller racks. Note also the machine guns mounted on the bridge wings.

Note: Charles Post also wrote about his experiences. There are a couple of very interesting and entertaining excerpts in the Subchaser Stories section, in the Unpublished/Miscellaneous Accounts category. 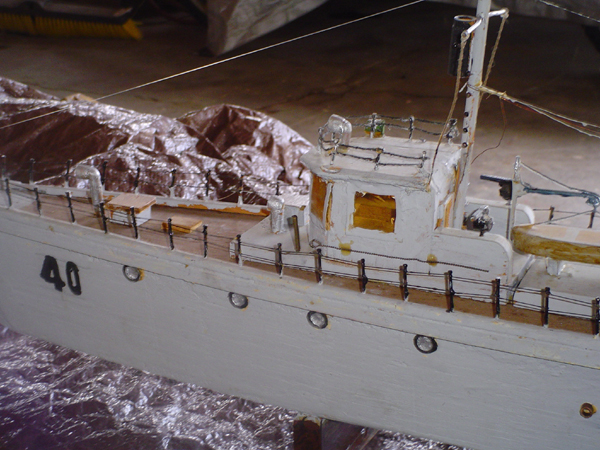 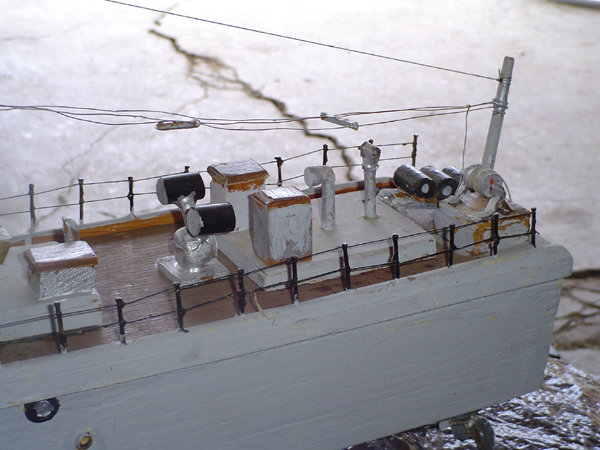 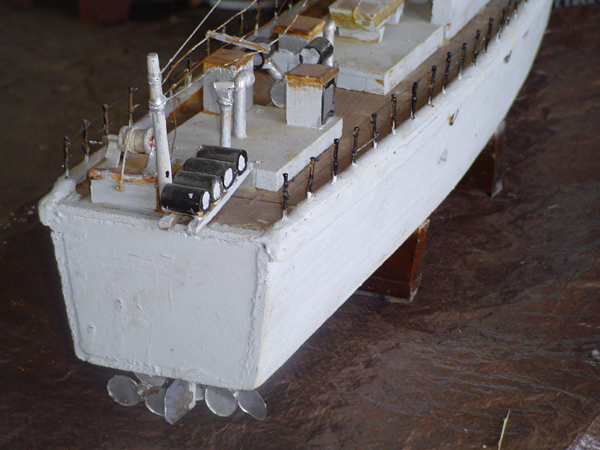